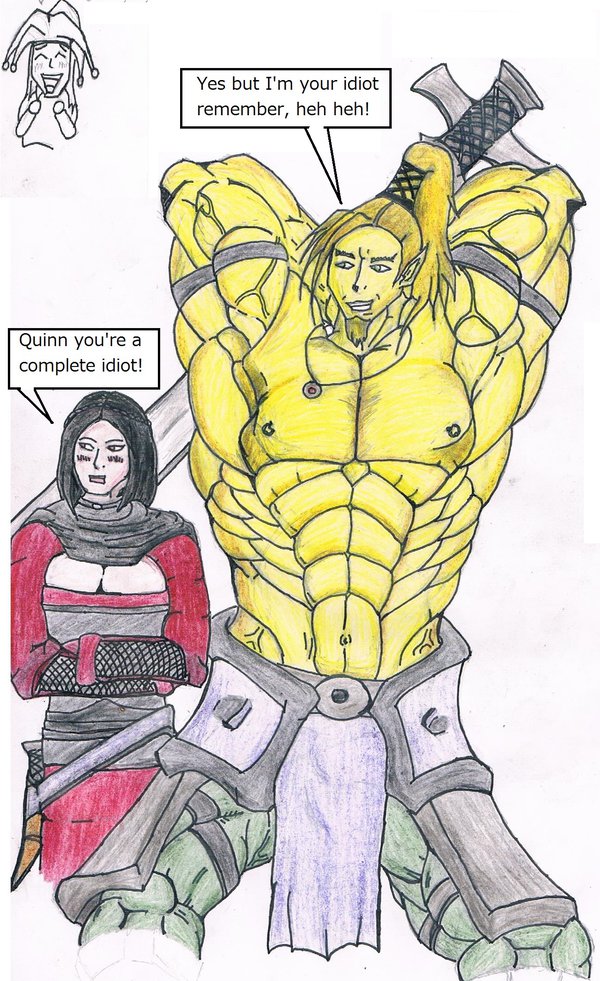 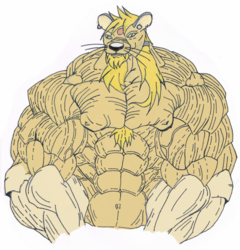 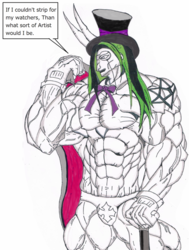 Sometime Serana would often get rather annoyed with Quinn and who wouldn't blame her she thinks that this high elf/werewolf acts like a complete child not to mention Quinn is insulting, sexist, cheeky, bad tempered, smart mouthed, drunk, a womaniser, crude, loud mouthed, rough, boyish and a complete show off but something about him training with very little upper armour exposing his bare Orcish trained muscular chest somehow her hatred of him melts away.

Quinn: Oh Serana are you blushing over big old me? Heh heh…

Serana: Quinn you're a complete Idiot! (She huffed)

Quinn: But I'm Your Idiot, Remember

Farkas: oh she is blushing alright

Serana: SHUT UP BOTH OF YOU!!! (Left eye twitching)

(With Quinn the Dragonborn I sort of based him with a similar attitude very much the same as Deadpool, possibly more so on the game rather in the comics. I can picture this Dragonborn being portrayed by Nolan North)

Cicero: Cicero will blush for you Listener