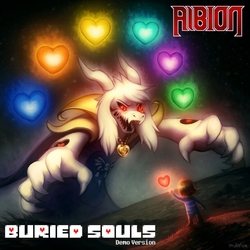 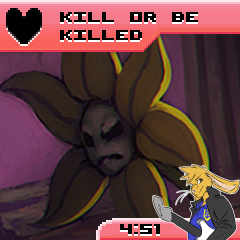 "Undertale" is the opening song from Albion's upcoming album Buried Souls, inspired by Toby Fox's masterpiece of the same name :) You can take a look at a preview on my Bandcamp at http://albion.bandcamp.com , and preorder a digital or physical copy - due out some time around new year 2018.

This song had its birth a very long time ago - the first scrap I can find of it comes from late 2013, shortly after the demo took over the Internet. At that stage, the song was meant to be just about Toriel and the first part of the game - but when the idea for the song expanded into a whole album, it became a summary of the story that led into the rest of the songs.

There's a lot going on here, with a ton of new VSTs - I got about $700 worth in a pack for about $60, the trouble is that I now need a new CPU to be able to run them all. In addition to Shreddage and Symphonic Choirs, I'm now using Shreddage Bass, Megabrass, Furia Staccato Strings and much more - and the epic sound that they can achieve together is incredible :)