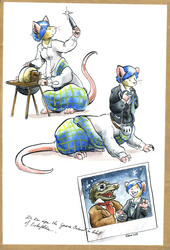 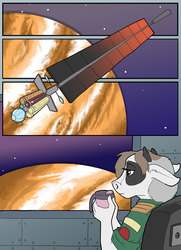 Dee is learning how to repair aerostats in a gas giant's atmosphere.