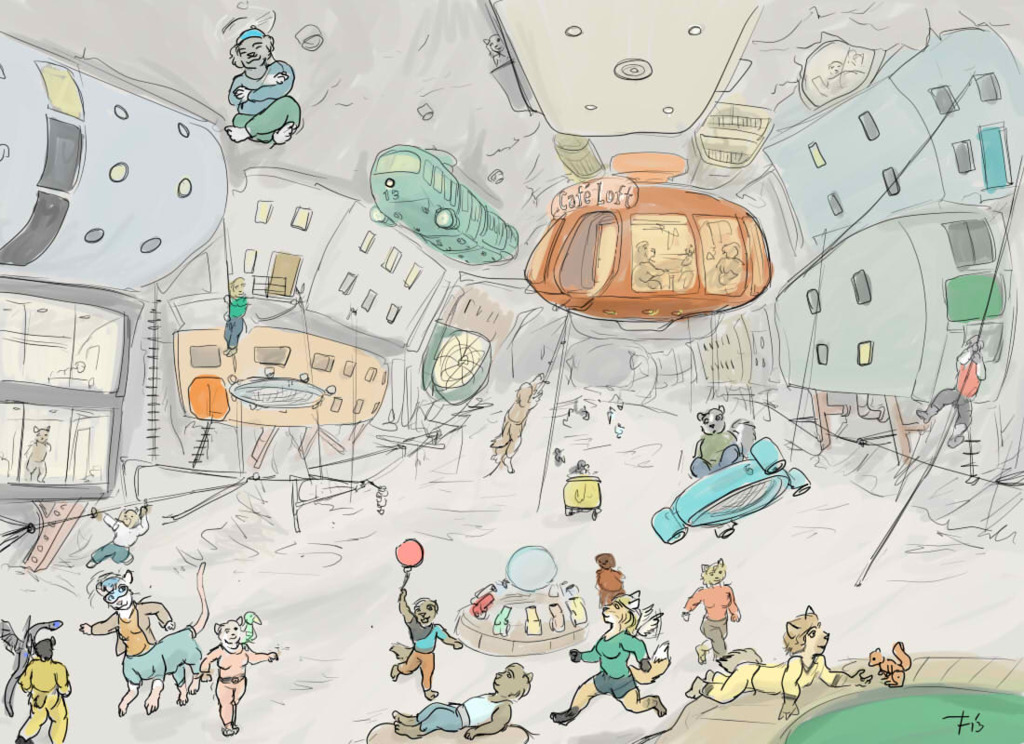 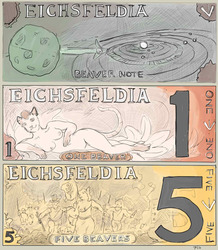 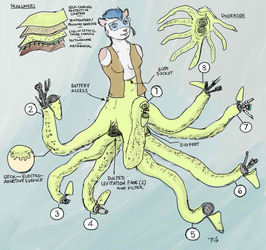 In the asteroid (442) Eichsfeldia lies the town of Oakfield; where the average gravity is a mere 2% that of Earth's. While the colonists use the Grav'y Train for anything that can't do without gravity (or a reasonable simulation thereof), they can't live their lives in a train... so they dig tunnels, and build things, and try things out, and generally live their lives.

Put another way, a fur who weighs 200 pounds on Earth weighs a mere 4 pounds in Oakfield... which opens all sorts of possibilities. Some of what can be seen in the picture are:

* A giggling child dangling by his wrist from a balloon

* Structures built, instead of from the ground up, from the ceiling down, or the walls sideways

* Self-propelled nets (eg, with a thruster on each corner) to collect anyone who's started falling from too high

* A flying train. Just because, well, it's possible, so why not?

* A fad for robotic but realistic-looking shoulder-pets, including winged serpents