A bottlenose dolphin sponging by Dark-Little-Darkling 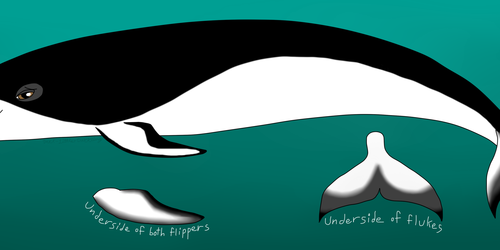 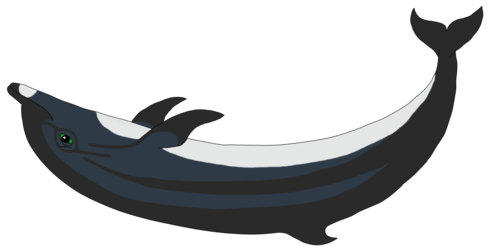 In Shark Bay, Australia there are some bottlenose dolphins, almost all females, who use sea sponges as tools; she will stick her snout in it, wearing it like a glove to protect herself as she forages for food. It's a dolphin subculture, moms teaching the technique to their calves. I find it fascinating. Here's a good article about it: http://news.sciencemag.org/environment/2011/07/why-dolphins-wear-sponges

And for a long time, I've really wanted to draw this, but couldn't build up the willpower to until this week. This dolphin has her beak stuck in one of the holes in SpongeBob's back. Of course, most other sea sponges couldn't put up nearly as much struggle... and if Bikini Bottom is based on the real Bikini Atoll, well that's pretty far away... plus, this dolphin about the size of or maybe even bigger than Pearl the sperm whale and that killer whale and that baleen whale in that cartoon (though they're all also about the same size of Larry the lobster, which is kind of odd but OH WELL, LOTS OF SUSPENSION OF DISBELIEF IS NEEDED WHEN WATCHING THAT SHOW)... apparently there was a dolphin in that show in a newer episode (I haven't seen most of those, including that one), but it was quite a bit smaller than this dolphin here. If what I've drawn here was an actual episode or something, I'd imagine it would be like an underwater version of Godzilla attacking, since a bottlenose dolphin could eat most of Bikini Bottom's inhabitants. Maybe that's why there was never any episodes like that as far as I know. XD

But yeah... I like watching Spongebob, though mostly just the older episodes... as much as I love watching movies like Watership Down, The Plague Dogs and Grave of the Fireflies, sometimes I find I need to intersperse it with some comedy, and of that SpongeBob's one of my personal favourites. Incidentally, SpongeBob's kind of tricky to draw, probably because I'm pretty sure this is actually the first time I've drawn him, though I think I did pretty well. I feel kind of bad about drawing him in a scary situation like this, so now I'm working on a pic of him with Patrick. Pat's kind of tricky to draw too, probably for the same reason, 'cause I've never drawn him before either. After that I probably won't draw any more SpongeBob fanart for a long time, 'cause I'm very shy about it, though I might again eventually... but I'll draw fanart of other things sometime in the not-so-distant future, including Watership Down, the Plague Dogs, and maybe even Grave of the Fireflies (though I don't have much faith in my ability to draw humans).

Also incidentally, this dolphin is just a random NPC, though I tried to do some practice drawing more realistic bottlenose markings. I think I'll need more practice. But oh well. :/