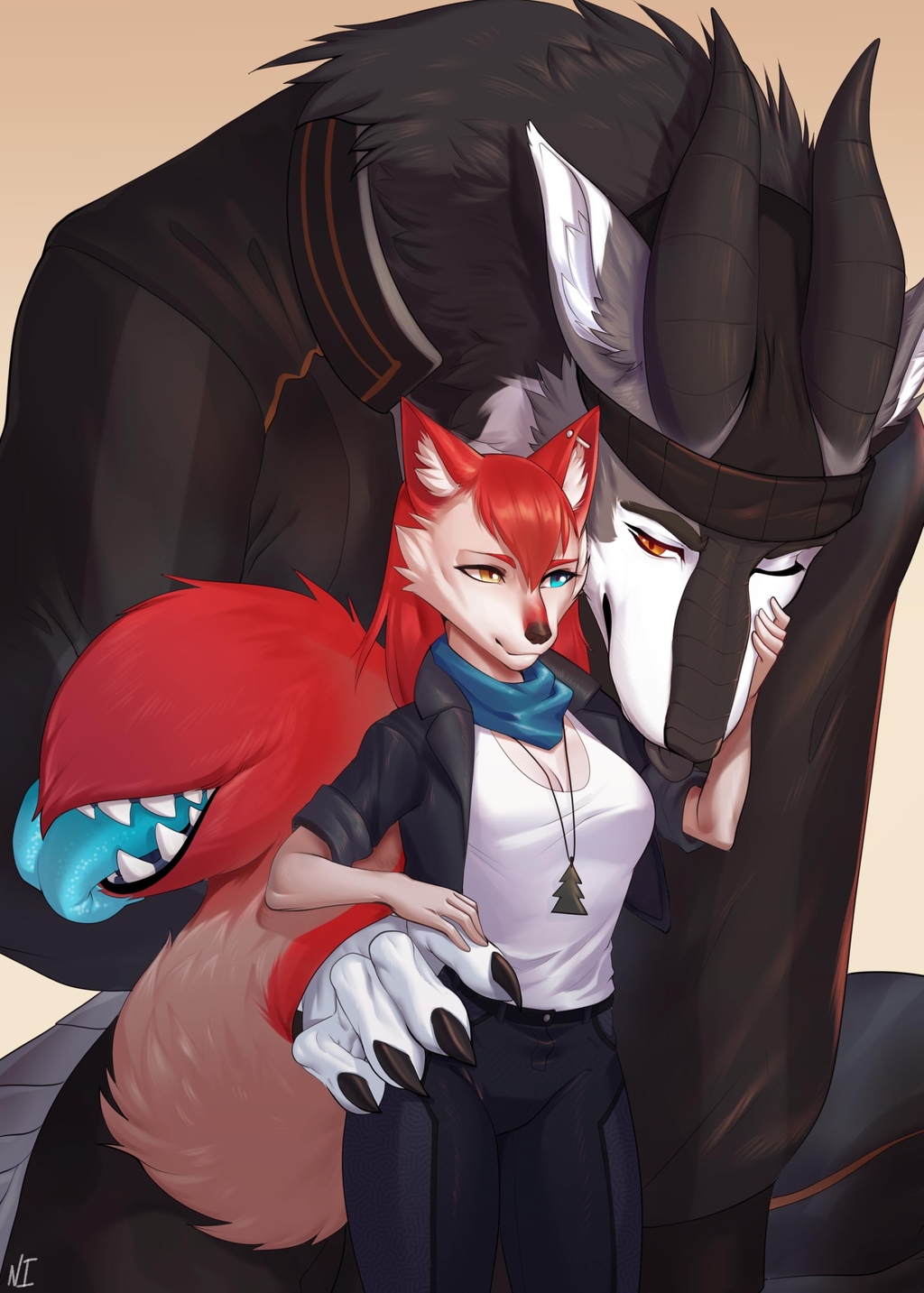 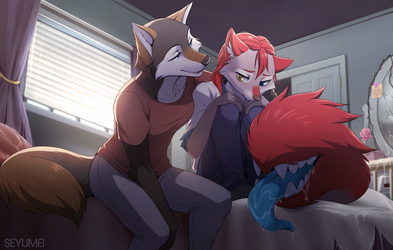 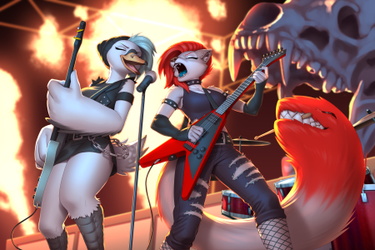 I feel like Liam gets forgotten a lot. Jake Thumpings, the rabbit, is the defacto lover and pairing most people are familiar with when it comes to Taylor Renee and that is still true and will always be true. However, due to story reasons and character arc resolutions, I need Taylor to get pregnant, have cubs and become a mother over the course of her series. To that end, I need a first lover of hers with enough 'wolf' DNA or genes to be viable enough to impregnate Taylor. This is where Liam entered the story and his role greatly expanded. He shows up in book 2 and is on again/off again seen throughout the rest of the series.

During his time with Taylor, he is very protective of her and is like her large guardian. Maybe not at first, since he typically looks like a normal wolf commonly, but when he is in danger or those he cares and protects over, he can change into a hulking beast complete with horns, scales and super strength. Like Taylor, he has special abilities that make him unique as a mammal. His reasons for finding and protecting Taylor are unknown early on in her series, but we come to learn more about his motives as we go through the books and realize that he would do nothing to harm Taylor intentionally and would die trying to defend her life. This unique character will be Taylor's first lover and father to her future cubs. Things will happen that'll separate the two and Jake will get his time to be her love soon enough, but Liam came first.