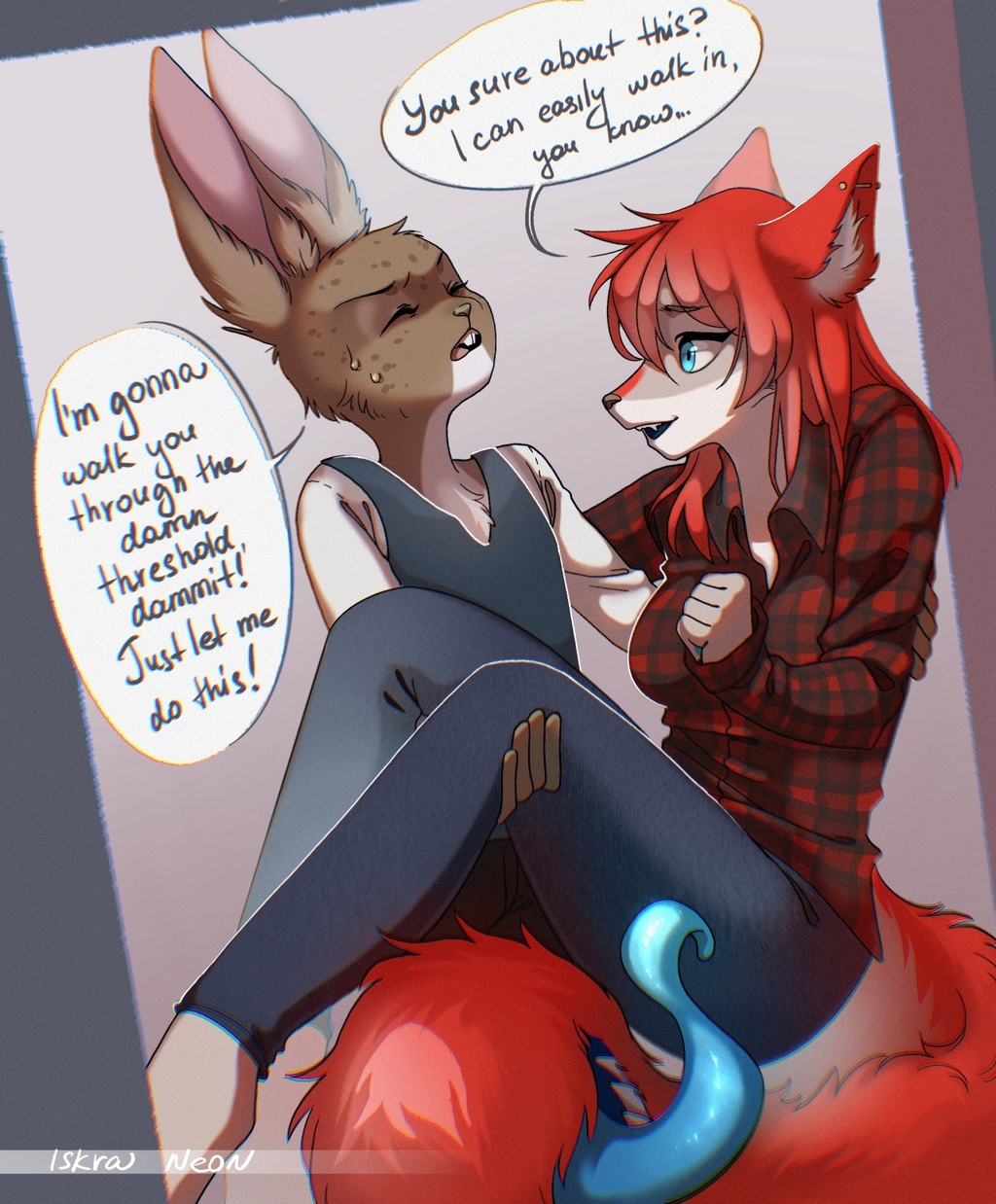 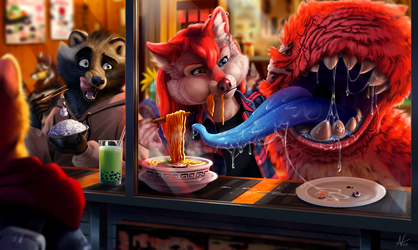 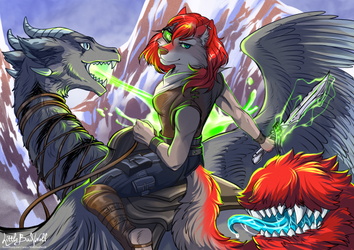 These two unlikely people found love. As cliche as it may seem these days to see a rabbit and a wolf in love, this is not a likely scenario in the world that Taylor and Jake live in. In fact, it'd be more common for Taylor to conscript Jake for a night of passion as per his law of service and leave the next day than to be romantically involved with him, but Taylor has been anything but common.

These two emotionally broken and deprived souls find each other in an unlikely circumstance and through many trials and tribulations, they manage to make some sort of relationship work. Their similar histories of emotional pain give them a shared experience through which they can build something off of together. Due to the impending war, they have little respite for a proper wedding, let alone a private home to go back to to consummate the union. They don't even have rings to their name to give as an outward show of their loyalty and faithfulness to each other. All they have is their love and affection for each other and for them, that is enough.

Jake never expected to be married to a wolf. He always felt he would get sponsored by some unfeeling predator and become their servant for the rest of his days, his hope of having a wife and real family lost to him. However, given the rare opportunity to be able to pick out his bride who was just as willing to be his, he wanted to do something that wedding night he had always wanted to do. Call him old fashioned, but he was bound and determined to carry his bride across the threshold of their door. It wasn't even their home, let alone room, but it was enough for them tonight and he was going to see it through. Taylor couldn't understand. This was a matter of pride to him and he was gonna do right by her.