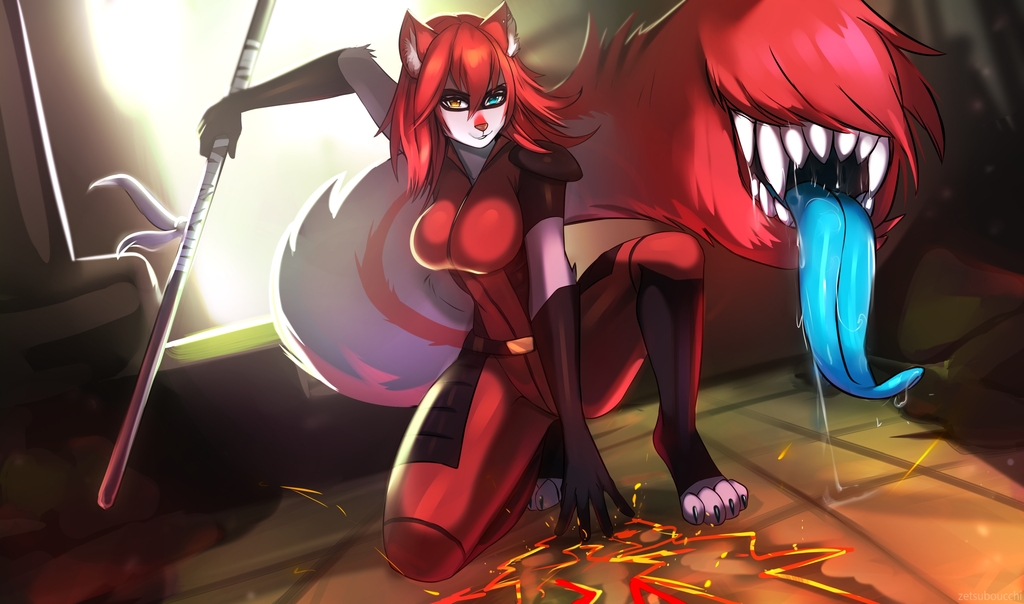 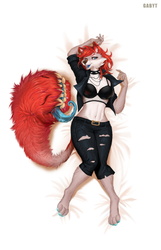 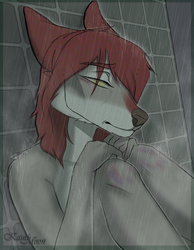 Assuming the Mantle - By Zetsuboucchi

One of my friends brought up a very interesting and pertinent question regarding the idea or concept of Taylor/Ahya taking up the mantle of 'The Darkflamewolf' after her mother retired it years before. Their biggest concern was that it would detract from Taylor as a character and rob her of her own individuality if she were to become a vigilante herself or follow in her mother's footsteps. These are all valid points and ones I had thought of myself when Lucario389 suggested (jokingly, but I took it serious) that we see Taylor/Ahya in her mother's vigilante suit. At long last, I think I might have figured out a realistic way where she could do her mother's alias justice.

You see, this sort of 'transition' to become 'The Darkflamewolf' herself would not occur until late in her series. I'm thinking book 6, Taylor's final book. Throughout her series, we would learn about her mother, Murana, and the influence she had on Taylor all growing up - both the good and the bad. We would learn about Murana's failings and her disappointments. We would learn of her villainous vigilante ways and how it impacted her life and the decisions that led to her split with her daughter, Taylor, when she was but a teenager. We'll see the tragedy of Murana Wolford and the dismal overview of her life over the course of Taylor's books. We'll learn of who the Darkflamewolf 'was.'

Despite all this, Murana still had a huge, crucial impact and influence on Taylor/Ahya's lives. She may have been flawed, but Murana was a role model for Taylor and someone she desperately wished to reconnect with after having run away in her early teen years. Taylor will discover the skeletons in her family's closet and the origin of the Darkflamewolf and what that sona meant to Murana and those outsiders who viewed Murana as both savior to the downtrodden and villain to the criminals.

So instead of simply just assuming the mantle of 'The Darkflamewolf' and following her mother's footsteps, she'll redeem the name - the alias - and change its public perception to that of a positive one. She'd wear it not to become yet another vigilante, but instead as a symbol of hope to those around her - as a visible rallying call. Better to become something more than oneself, as one would say. Devote yourself to an ideal - in so doing, her family legacy would live on forever in the hearts and minds of those that remember it and thus could never be destroyed. It would in turn become legend.