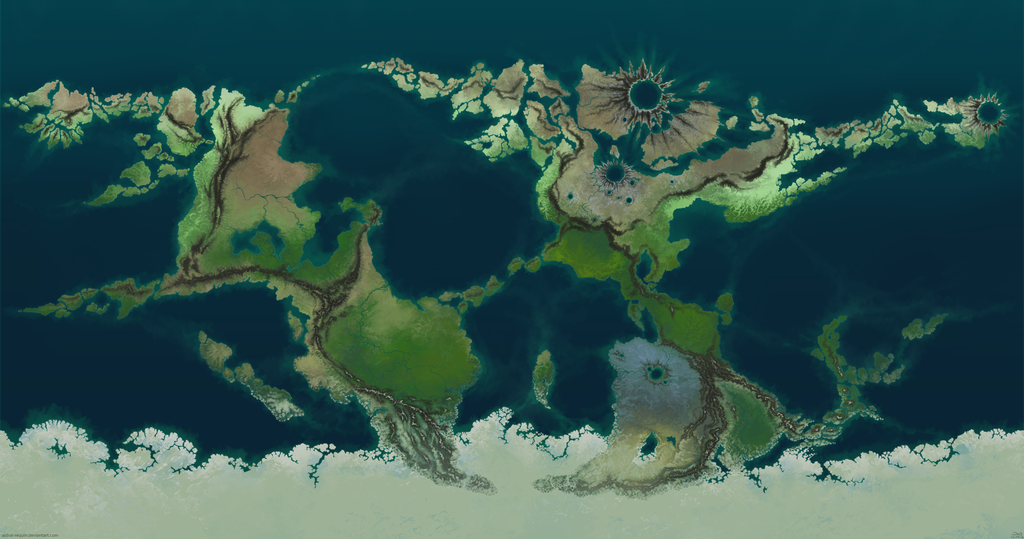 Folder:
Commissioned Art (Not By Me) « Older 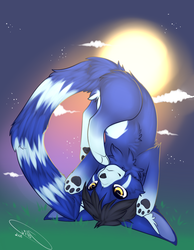 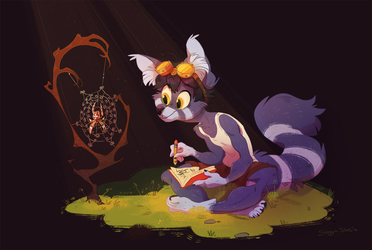 Art by Astral-Requin, or Doug. And... I am absolutely shocked at the level of detail he puts into his work. When I first saw his work on the page of

InitiumNovum, it was love at first sight, and I could only dream of what he might do with Evelatia. But now, I have all the more reason to dream, and I just love running my eyes down each of the canyons, exploring the way the rivers meander around the crater debris, or the scars left by old streams on the silver desert floor. Even the little flecks of snow and how they congregate near the southern pole. This is a summer-time snapshot of the world I imagined, and I absolutely love it. That stated, I should probably give a bit of information.

A little smaller than Earth, Evelatia is the second planet surrounding it's parent star, Eul (hence, the Eular System). It is one of three rocky inner planets (Skoll, Evelatia and Terminus) with the outer system consisting of Janus, Liber and Vesta. While located in the 'Goldilocks Zone', Evelatia distinguishes itself with an orbital tilt that is aligned with the parent star, Eul. And while it experiences seasons, the northern hemisphere receives significantly more sunlight than the southern hemisphere, resulting in intense northern summers and frigid southern winters that make ice-caps non-existent in the north, and quite common year-round in the south.

One of other notable features of Evelatia, is the ominous presence of two large moons, which have apparently received significant damage, either by ripping each other apart by entering the others' Roche-Limit, or by impact with an external body. Either way, this damage is postulated to be the origin of the massive crater activity in Eastern Evelatia -- which are readily visible in this picture. In spite of all these harsh circumstances and origins, life has survived and against the odds with a rather diverse collection of species, including intelligent life... and therein lie the problems that you and I would be most interested in.

I totally wanted to share this with everyone and if you love this style as much as I do, I encourage you to send Doug, Astral-Requin, a note on DA so we can see more of these worlds. Their talent is absolutely amazing and they're great to work with!

Also, as a bonus, he even created this 3-D model of my world that you can spin around an explore from above.
https://skfb.ly/Qps6