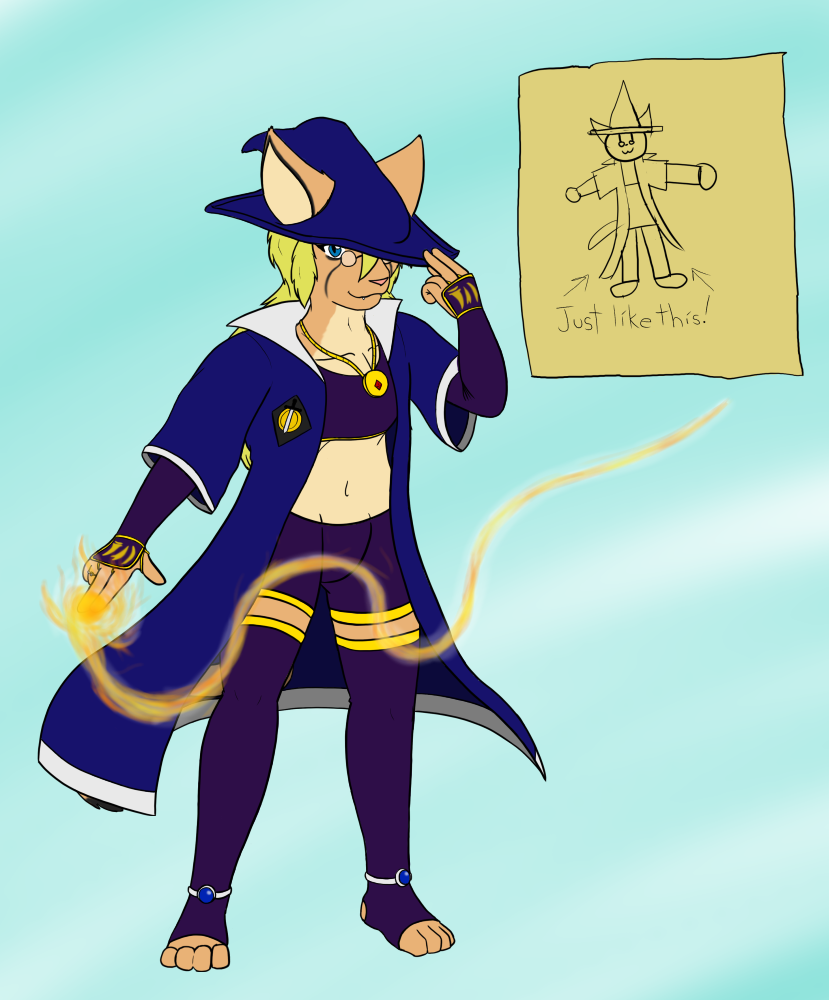 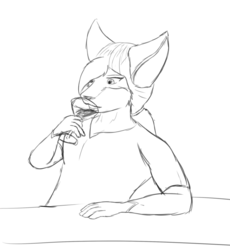 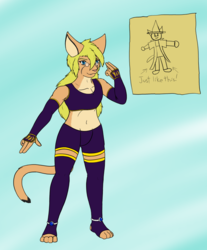 The tailor glanced down at the paper once more, and the crude sketch upon it, before returning to the eagerly smiling face holding it to him, "Like...this."
Nykail's catfolk smile grew wider still, barely able to contain himself, "Yes! Just like this! I'm gonna be a hero and wanna look like a really cool hero wizard since I'm also a wizard and so I need the hat 'cause I found out every wizard has to have a pointy hat. Tina told me that. You'd think it'd have been mentioned at the academy but maybe they just forgot so I need a cool hat and to look like a hero and also to be cool and the other kind of cool 'cause the desert's really hot and my old uniform's kind of hot to wear here but it was okay back home but I guess that's because it's colder there. I had to ride a boat to get here but I like it. There's a lot of sun, though a lot of dangerous things are out in the desert. They keep stepping on or biting me."
The tailor had already tuned out the...child? This must be a child. Who else would be this inane? Though, glancing at the rather extravagant courtesan outfit the catfolk was wearing, who was he to say? He had heard this Nykail was also someone of nobility across the sea. Fat lot of good that anyone here, but the important thing is that the cat must be loaded. He finally speaks up again, talking over the rambling, "Aye, I can probably get you something made. Added fee for expedience, materials, accessories..."
"Oh yes, of course! As long as it looks really cool and heroic I' be happy to pay whatever you need!"
He just smiled. It's so nice when they don't haggle, he thinks, as he comes up with as many extra fees he can muster.

Nykail got some new threads for travel in the desert. People need to know he's an awesome wizard, after all :3 Based on sorta just mooshing and melding the previous outfits together.