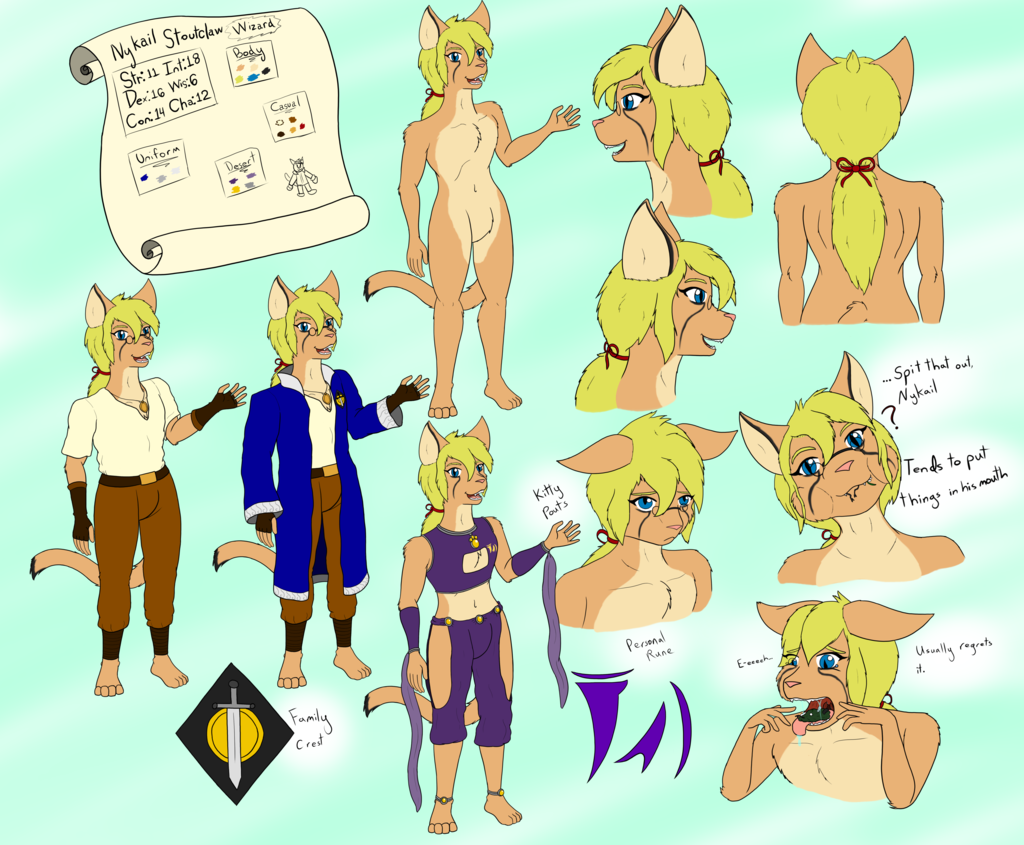 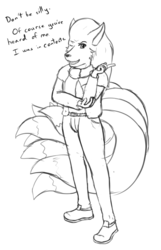 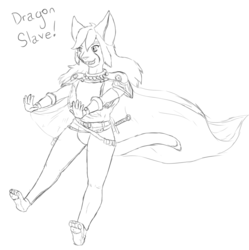 I am super pleased to have this done and ready for uploading! May I introduce you all to Nykail of the Stoutclaw clan. He is my wizard in a Pathfinder game, but I intend to make a general use character as well because I love him (and hope you all do too in time!). So you can expect to see a lot more of him as I intend to draw him plenty more and would love other to draw him as well, so might well seek that out too.

He is highly intelligent, but you wouldn't often guess as lacks in the common sense department. Tends towards gullibility, though some might say that's just because he's too trusting. He's actually more physically than one might think for a wizard, and his upbringing before the academy would be the source of that (More on his family on the future~). He has a love affair with learning and especially magic, believing that with the right spells he can solve any problem, and so is highly curious about most anything he doesn't already know, especially if it's magical. He became an adventurer both because it's a way to learn even more and see the world, and because those are the best tales! He very much desires to be a great hero, and one day return to his family with pride. But secretly? What he wants most in the world is to have a tight-knit group of friends who love him and won't abandon him or call him a disappointing failure. ...He hasn't had a lot of luck with that so far.