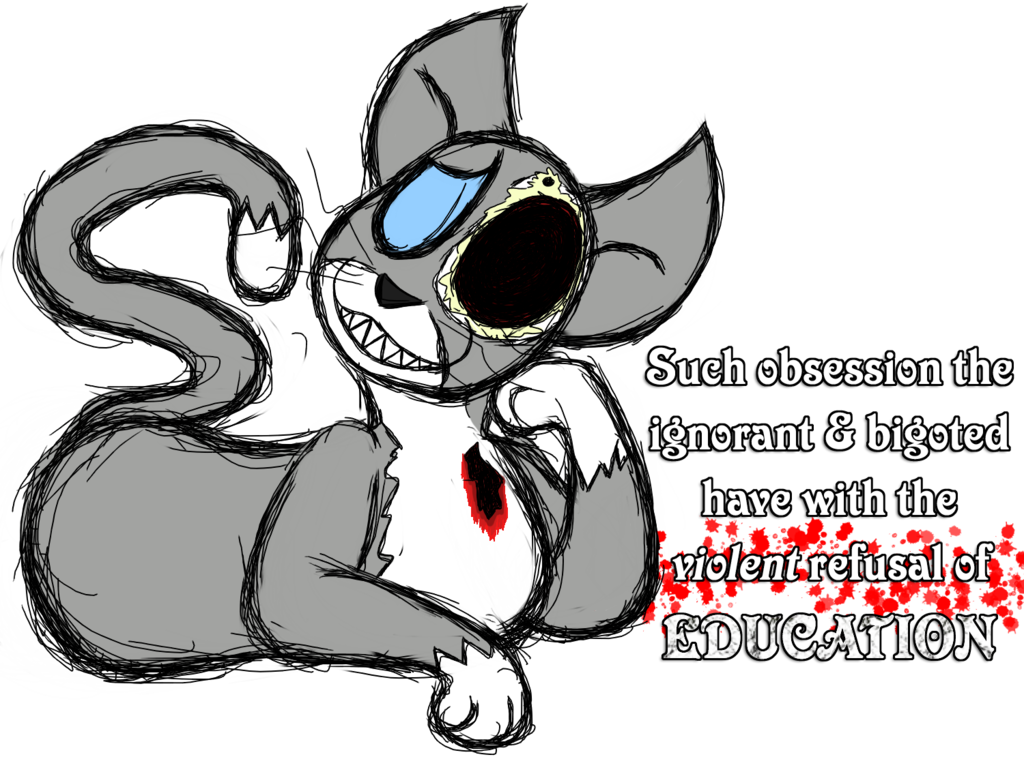 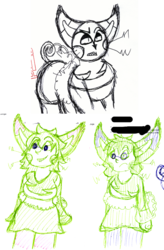 I think I'll tag it as moderate because it's more... body horror-bleedy?

I made this to illustrate a shit-talking hiatus/gone journal on dA that I actually kind of messed up because it wasn't anything different from the journal I had placed there previously and certainly didn't really cause any reaction.
But the latter part may be because I felt like submitting the stamps I left in my absence to groups was like... really uncool? I don't know how to word it but like mass-dumping crass stamps into groups goes a little bit TOO far in terms of trying to stir shit as a last testament. Know what I mean?

For some reason any time I draw my undead!catsona on the computer I always make the eye socket so oddly huge. I mean I'm getting better at it but damn it's still kind of stealing the scene here.
I also decided to not colour in the pupil for once because I'll be honest I like it when I do slit pupils like this but it always seems to diminish the "disturbing" effect when I fill it in.

And a thing I did learn is that transparency and scribbly outlines don't go very well together.