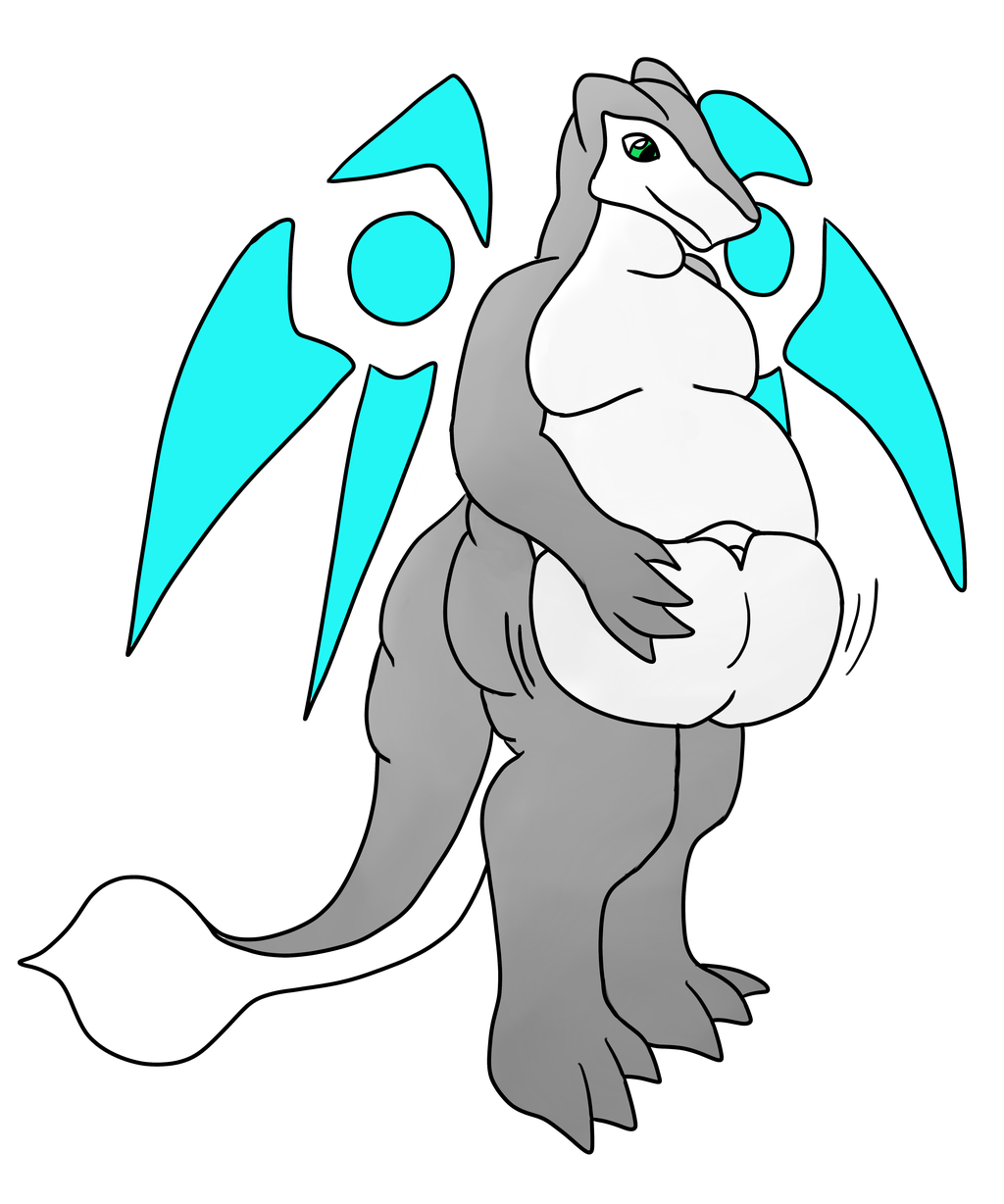 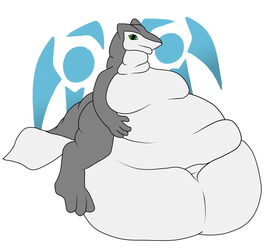 "You about ready?" Ryu asked, awaiting Svia's response.
"Yeah, just about!" she responded, and patted Ryu's back. "Sweety, we're about to figure out your Symbiote. So tantalizingly close!"
Ryu nodded and smiled. "Let's hope it's not like Syr's, haha." Svia laughed and continued working. Not too long later, Svia patted Ryu's back.
"Here we are!" she said and tapped on the area in the direct center of the Symbiote. She was forced back a few feet by a sudden force, and to her surprise, she saw a pair of magical wings hovering at Ryu's back. Ryu stood up.
"I, uh... Feel different. Lighter, I guess." Svia walked over to him.
"You seem to have... Wings." she remarked, and Ryu looked over his shoulder. "Say... Seems so." He scratched his head. "Wonder if there's anything else." Svia shrugged. "Lemme try again..." She walked to his back and pressed the same spot. His udder suddenly disappeared and his gravid belly did, too, giving him a pristine look. Not too long later, his body began expanding with hundreds of pounds of fat. Svia giggled and Ryu stared at his rapidly fattening body in surprise. "Wha... I... I guess I can get used to this." he said, and poked his new belly, causing it to jiggle. "Though... It'd be cool if I could switch between this and the..." As soon as the fat had came, it went away and his previous gravid belly and udder returned, and it went away and was replaced with fat at Ryu's whim. "This could be fun..." Svia smiled and poked Ryu's belly, causing it to jiggle. "Indeed it will."

Woo, character development. He can now control whether he's slim, has an udder, a gravid belly, or fat. We've finally unlocked his Symbiote!