Hi, my name's Dooks. I live in the United Kingdom.

I draw weird stuff with bright colors and odd themes.

I'm not here to please anyone.

I draw for myself, if I do accept to take a request, feel honored. 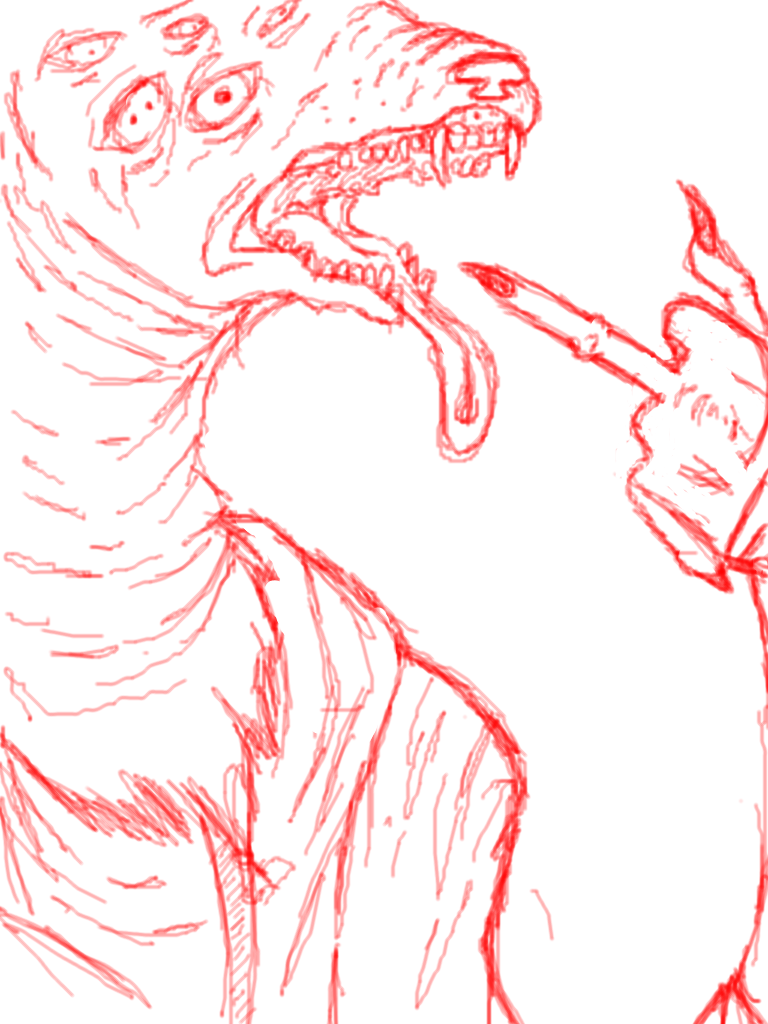 Recently feels like it's been a good time when I look back on it, but really thinking about it just makes me realize that everything in my life has lead to me feeling like shit someway or another- even when I try to correct what made me feel like shit, I still end up feeling like it because of my family and friends and general environment.

Earlier was a pretty good example, my family were out so I had a bath as per usual but I also washed my face for the first time in two years (I gave my acne a chance to come out, I guess. I like my acne a lot and I hate myself when my face is rarely clear, so I don't wash it to let the acne come through), we're pretty low on stuff to get rid of acne and oily skin so I was going to go out and get some, but my family came back from being out and I was like "I can't go to the store now and buy stuff for my face, because they'll think I'm being silly and it'll clear up like it usually does", which is what usually happens. I did wash my face beforehand though with the little amount of stuff we have but it really isn't a lot which is why I wanted to go buy more. But, no. I'm still dressed and everything, I even blow dried my hair because I was ready to go to the store but I haven't gone and now I've been put off I heavily doubt I will in the future, too. It's kind of silly but my family really do mock me for little things and I get yelled at extremely for leaving even a tiny bit of water in the bath (because our bath is an awkward puss).

I guess a source off my reflection also comes from little things too, like being asked if I want a cup of tea. My dad usually asks everybody in the house, my mum and my sister, except for me, if they want one. My mum usually has to say "Dooks will probably want one" in order for me to be able to say yes I want one (if I just step in and say I'll have one please I get yelled at by him for never making a cup of tea, when I quite often do, but I'm never home to make them in his presence). That's a really silly thing to reflect over but I think it's a point of my isolation.

I have a the amount of self esteem and confidence I have is really low too, so it's kind of awkward for me to ask for things and do things unless I have approval to do them, and a lot of the time I feel like I don't have the approval. My girlfriend often tries to tell me it's okay for me to do this and that but it really doesn't help. Especially with the face washing thing where I was pumped to go out and buy something for myself, she tried to tell me it's good but I told her I feel kicked down and she was being all they're assholes just do it, but it isn't easy for me.

I don't know. I feel kind of awkward even writing this without real approval but here we go. I feel vent art coming on probably. I don't really feel like plunging into a depressed state again as before it lead to self harm and me wanting to inflict serious harm onto others, then it lead to watching murder films to feel good and I don't know it was weird.

But I don't want it again.