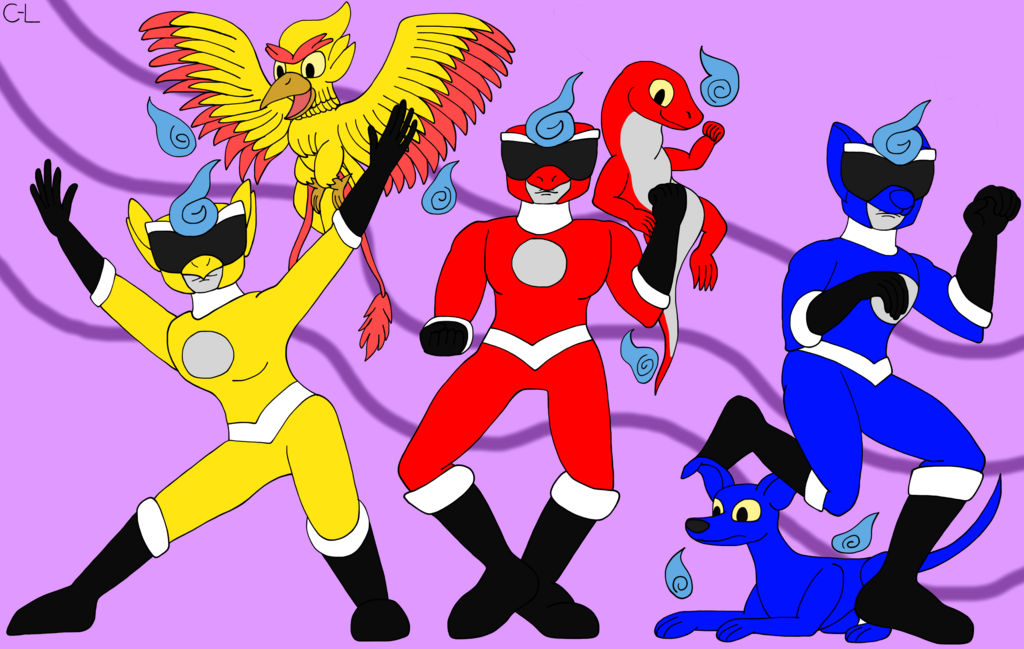 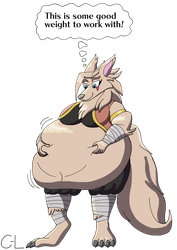 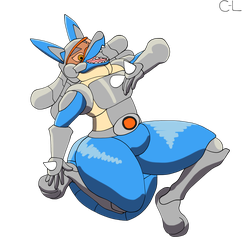 Something I did for fun after seeing some cool people I follow talking about how cool it would be to have a ghost themed Power Rangers/Sentai team, so I can't take full credit for it aside from the designs.

From left to right: Yuurei Phoenix and Bennu, Yuurei Goanna and Cudda, and Yuurei Xoloitzcuintle and Meztli.

Their mission? To use their ghostly powers to stop evil ghosts.
Especially against Mistress Jagheist, a noblewoman who sold her soul for immortality and is now trying to make the mortal world hers with her ghost allies.

The three spirit animals chose three worthy humans to gain access to the powers of a ghost and can even grow to giant forms and together with the bonds of the Yuureiger combine into the giant Ghost Champion. (They're robots when they grow giant and combine of course).
The team is also getting assitance from a professor who seems to have a few screws loose but is in reality an occult expert that even the spirit animals are impressed by.

I think the Power Rangers version would be called Spectral Force or Ghost Fighters.