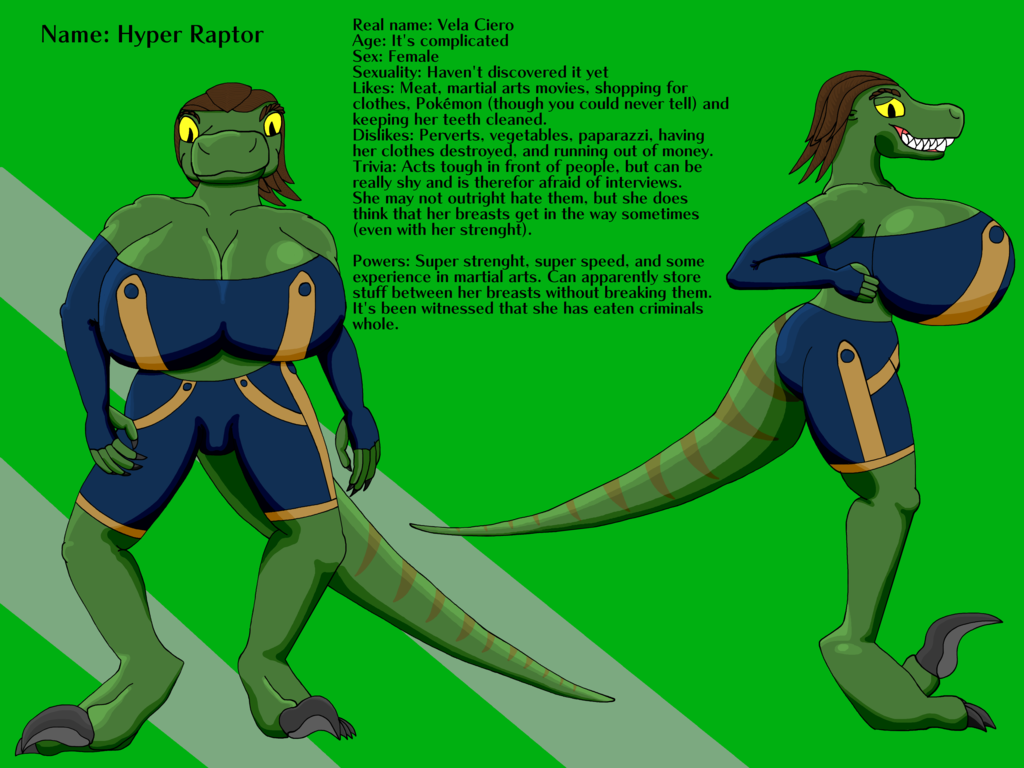 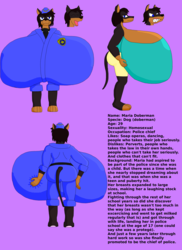 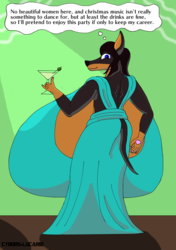 Bringing back an old character that I haven't used in a while.

Hyper Raptor A.K.A. Vela Ciero (no, it's not a pun on velociraptor as she's more likely an utahraptor).

Backstory: Vela was once in her life time a utahraptor who probably just tried to live life until the time dinosaurs got extinct.
She was millions of years later revived in a lab, but now given the ability to talk and is now fully sentient (or maybe she was already sentient, not even she is sure about it).
She also noticed that her posture was the same as the ones who revived her and that she gained some interesting attributes.

The scientists explained that they had to mix the DNA of other creatures to revive her and somehow she's got a huge pair of mammaries. But she also got super strenght, so that's good at least.

One day so did the lab get attacked by a terrorist group and killed everyone there, but Vela survived.

Feeling respnsible, she set out to find the group and bring them to justice. From that day on she took up the Super Hero name of Hyper Raptor (because she's strong and fast, though she would later found out that hyper could also mean something else, which made her embarrassed).

Aside from the terrorist group so is she also dealing with other criminals and have managed to get a partnership with the police so that they won't arrest her for taking the law in her own hands.

This piece was originally uploaded on Patreon, where you can support your favourite content creators by a monthly donation: https://www.patreon.com/CyborgLucario
Or you can donate once by buying me a Ko-fi: ko-fi.com/cyborglucario