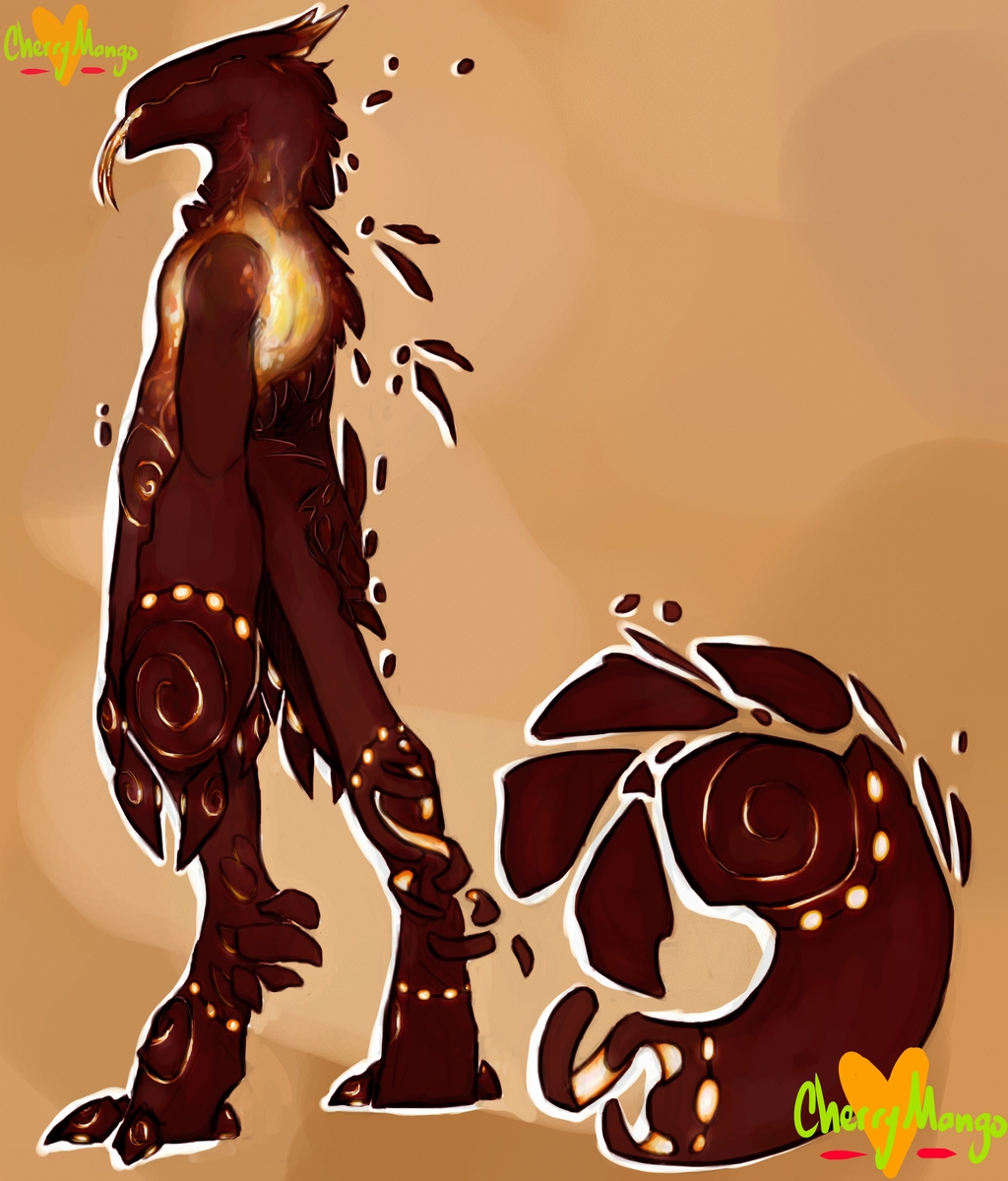 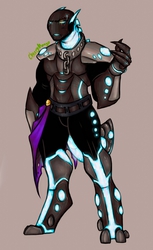 So this is something that I don’t think ive mentioned before, but my sona isn’t just a robot filled with lava…its actually just a robot suit. If he ever shed his suit and took on more lava and earth into his body, this is what he would look like.
He’s a lava elemental, like my other lava OC Epemetheus. Though he is more regal in appearance, Cherrysona is smaller and far far weaker than the ancient Epem. He’s also a bit more uncontrolling of his own body temperature ;u; so he normally likes to stay in the robo suit eve so he doesn’t burn everything.
This form is also much bigger than the suit. Taking more earth into his body increases his size, so the robo suit only comes up to a little over his knees.

This is something I meant to do when I made my sona, but coming up with a pleasing design is hard e-e then I lost interest in doing it for a while. But after thinking about it the other night, I gained interest in trying again, and here it is ouo