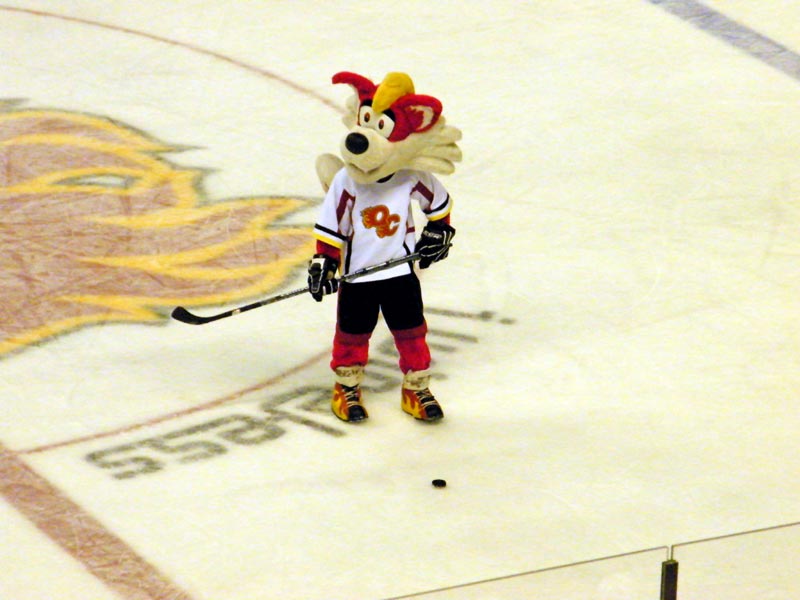 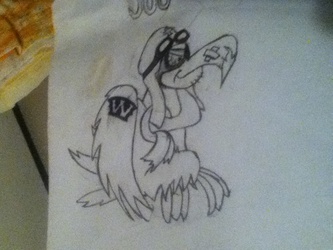 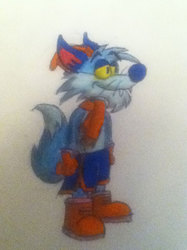 This is the mascot of the American Hockey League's Quad City Flames, Firestorm the Fire Fox. I designed him in 2007 when the team announced a mascot design contest. My design got to be one of three characters chosen for fans to vote for their favorite, and mine got the most votes! I sucks that the team only lasted two seasons in the Quad Cities.

Firestorm designed by me but (c) Quad City Flames