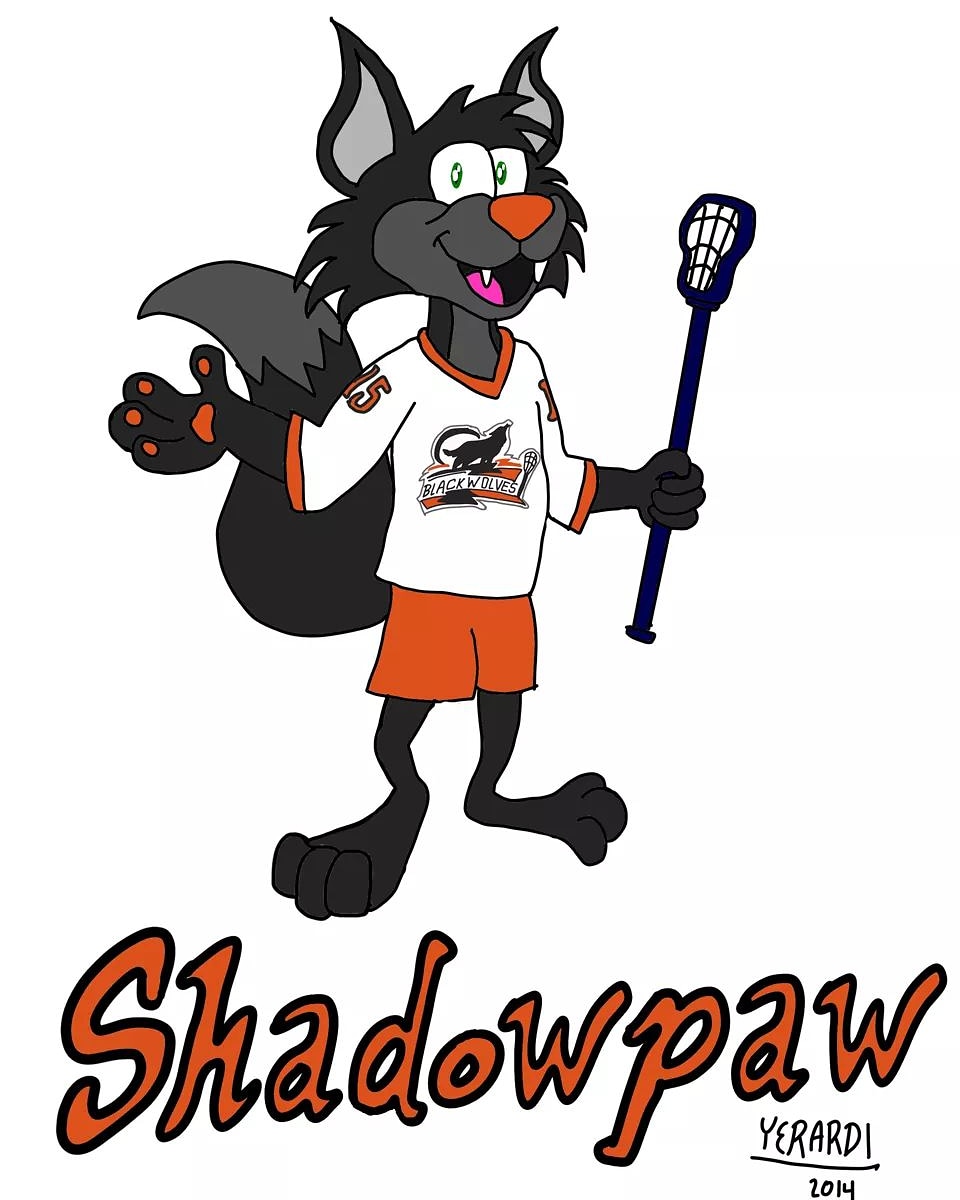 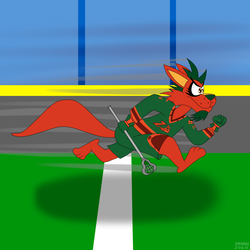 How about a #ThrowbackThursday?

Today's #TBT goes back to 2014. In the summer of that year, it was announced that the original Philadelphia Wings of the National Lacrosse League would move to Uncasville, Connecticut. They would be re-branded as the New England Black Wolves. Shortly thereafter, I drew this concept of the Black Wolves mascot, "Shadowpaw".

I can't remember as to whether or not I shared this to the Black Wolves organisation, but of course, the Black Wolves would introduce Hunter the wolf as their official mascot at the team's 2016 home opener.