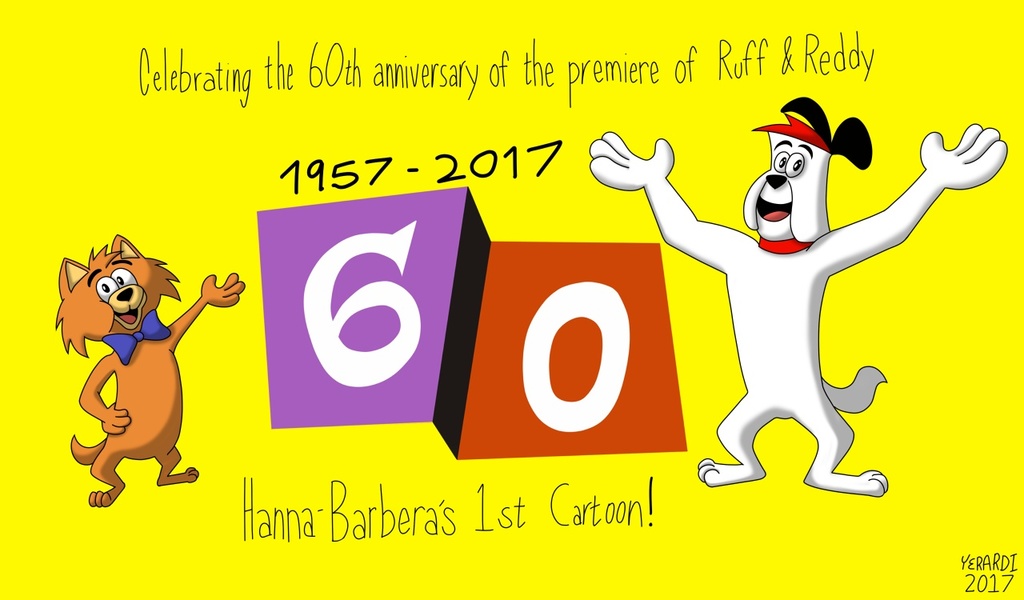 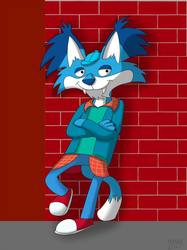 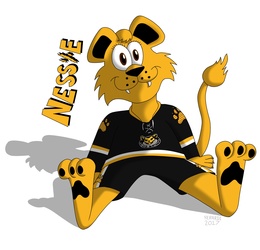 Today marks the 60th anniversary of the premiere of "Ruff & Reddy", Hanna-Barbera's first cartoon! This show would be followed by many other great cartoons and such by HB, including "Huckleberry Hound", "Yogi Bear", "Scooby Doo", and several others. Hanna-Barbera's early cartoons were a major influence on the characters I imagine and draw, and I have William and Joseph to thank for that!

In this pic is Ruff (the cat) and Reddy (the dog) with the number 60, in the style of Hanna-Barbera's first logo, commemorating 60 years since this show's launch.

Thanks for the FUNTASTIC toons, HB! And have a great 60th birthday, Ruff & Reddy!