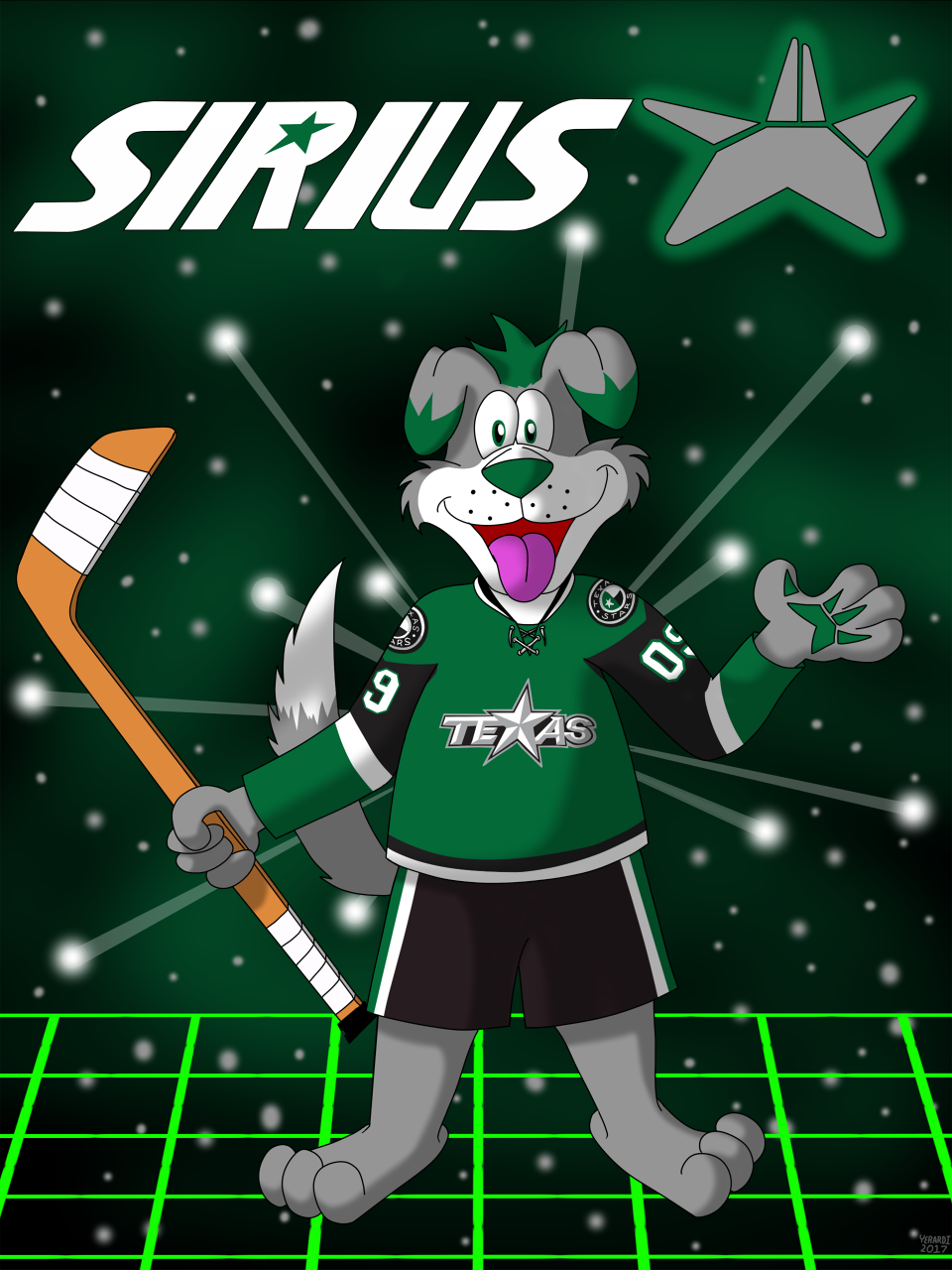 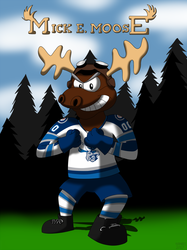 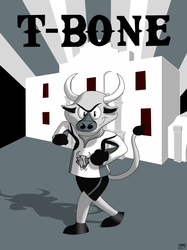 Here he is, my fan-made mascot for the Texas Stars, Sirius The Dog! This was quite the challenge coming up with a character for the T-Stars mascot, and then drawing him. I put a lot of time for thought on this character before finally drawing Sirius. It's not like with the other mascots in this exhibition, I already had characters to draw. Anyway, Sirius gets his name from the star in the constellation, Canis Major. What are constellations made up of? Stars! And that's why he's called that. You may also notice the star-shaped paw print logo next to his name, as well as his star-shaped paw pads. Neat idea, huh?

*(Sirius is currently not the Texas Stars official mascot. I didn't draw this character specifically to pitch my idea of using him as a team mascot to the Texas Stars. The Texas Stars is the one team in the AHL without a mascot, and Sirius was drawn to fill in that void for this compilation. It's up to the Stars organization on whether or not they want to have a mascot. If they want to use Sirius, they can talk with me about it.)