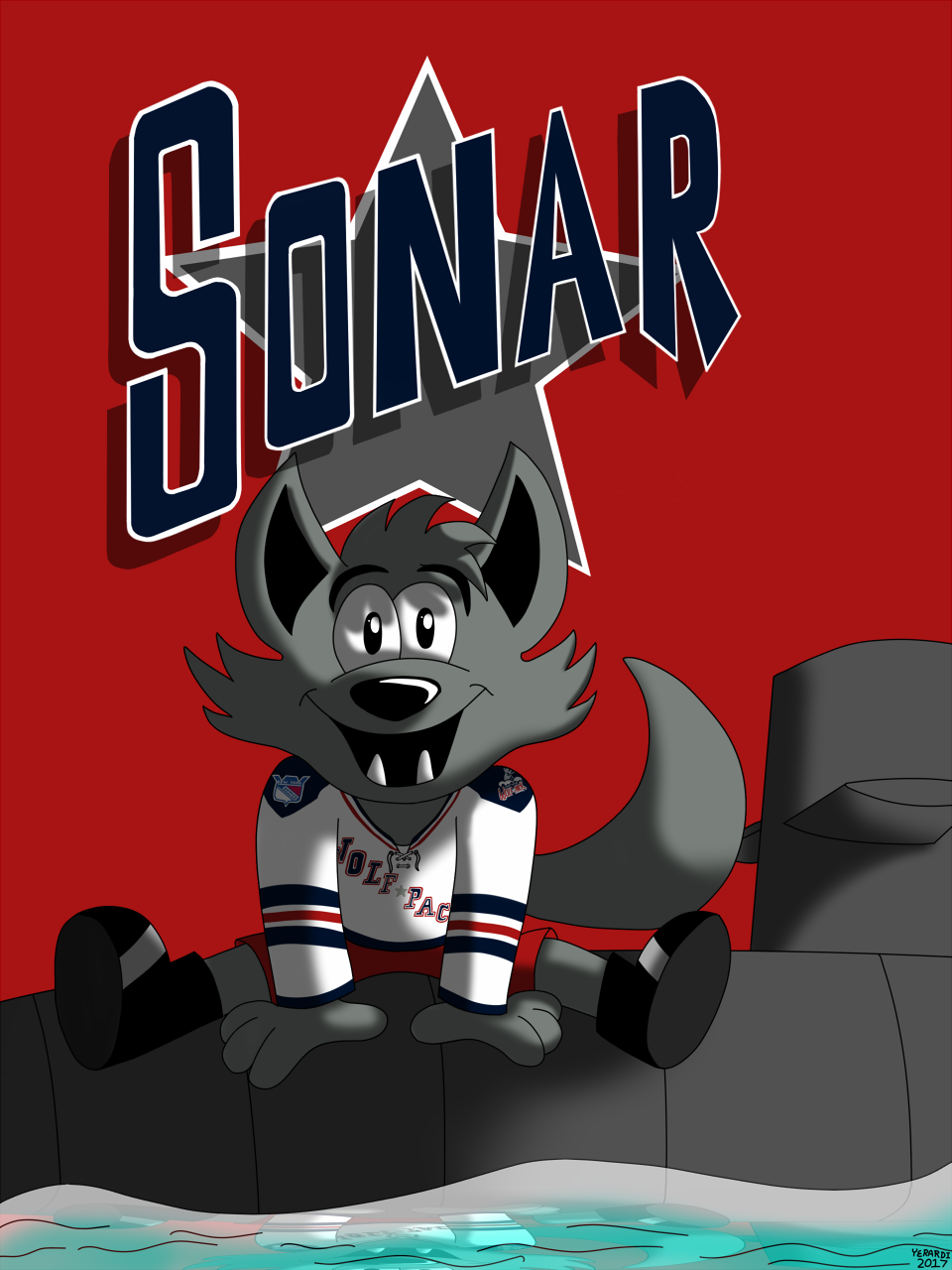 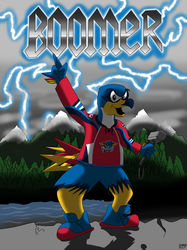 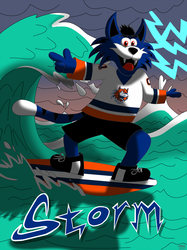 In 1997, after the NHL Hartford Whalers moved to the Carolinas, the AHL arrived in Hartford, Connecticut with the Hartford Wolfpack. The team's nickname, "Wolfpack" is named after a fleet of submarines in Groton, CT (but were only called "Wolfpack" when in a certain attack formation). The primary logo features a wolf emerging out of water, while the secondary logo is a submarine with a wolf's head on the front. That's why the Wolfpack named their mascot, "Sonar". Sonar's already a package of cute. I especially would love to hear him howl. I'm gonna start howling at him so he can howl back! ARROOOOOROORRROOOOO........