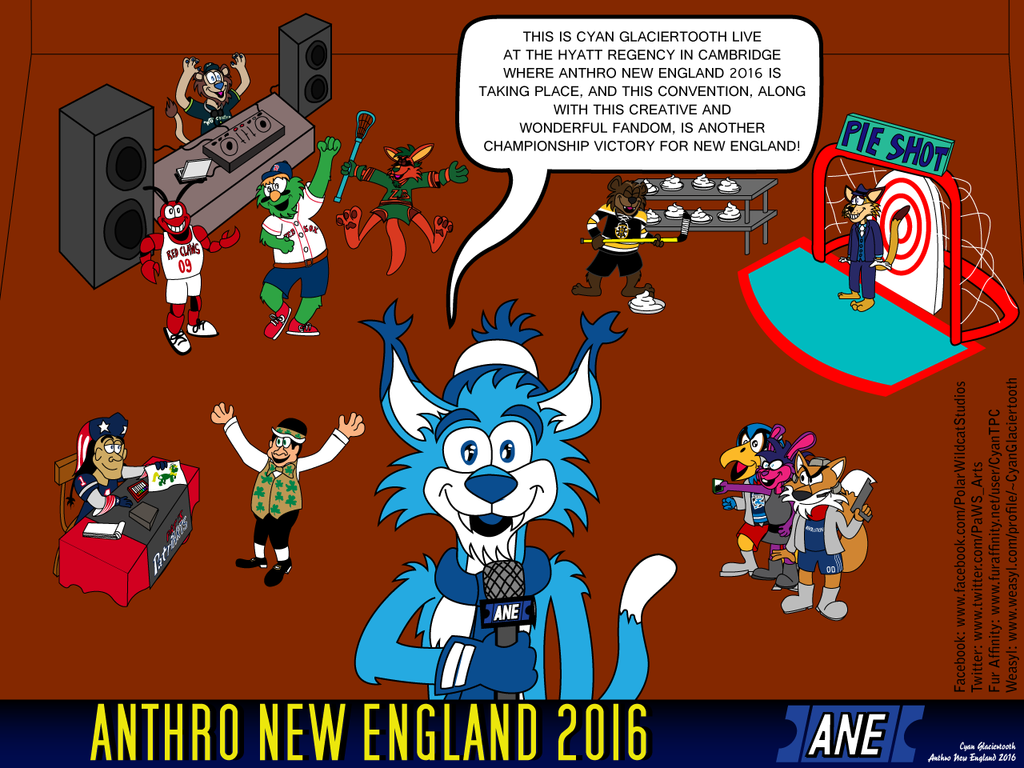 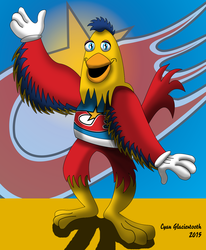 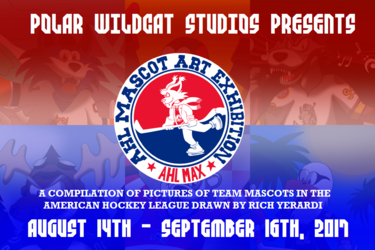 This is my last conbook submission for the Anthro New England 2016 conbook. The theme for ANE 2016 is "Sportsball", a sports theme.

(I'm uncertain if I submitted this before the deadline or not. I wanted to finish this sooner, but unexpected shenanigans kept me from completing this earlier than I wanted.)

Cyan is reporting at the con, and behind him are mascots of various New England-based sports teams, as well as my own characters. Here, we have:

The ANE logo on the microphone and on the lower right corner is a spoof on the NESN (New England Sports Network) logo.