Path of Stars - You just ruined my plan by CuteFlareon 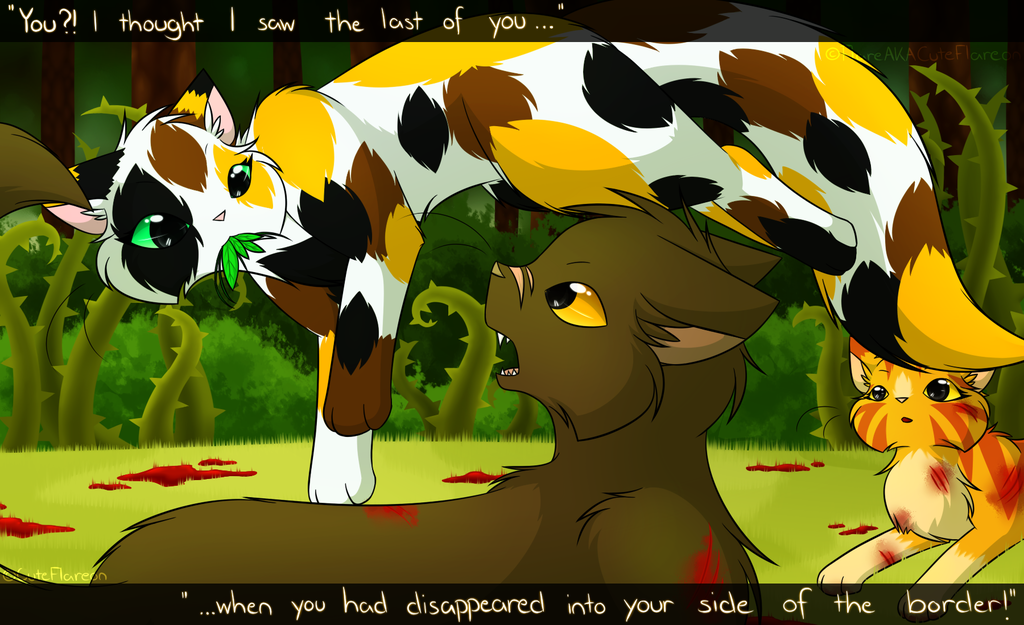 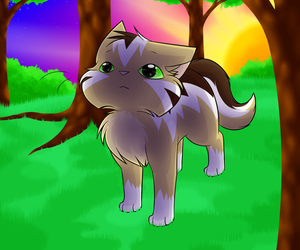 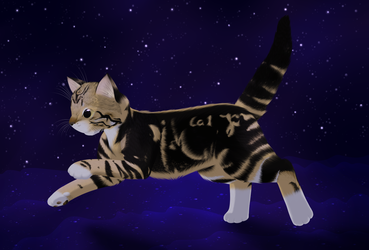 Path of Stars - You just ruined my plan

Wanted to try a screen shot thing
This scene is from my comic/story, Path of Stars and it has been one of my all-time favorite scenes from the story for all these years when the story has been around with me (about 2 maybe even 3 years now) ^^
I have drawn this scene already once so I now thought "Why not to do alike redo?" and there we go with the finished product~

Here is the bit of the story where the scene is related:

Hearing the brown tom to gasp by surprise that had attacked Shockfeet Fernleaf leaped quickly away from him taking ready for next strike.
"...You?!" Bearclaw snarled and Fernleaf recognized the face that had escorted her and Thistlepelt into their side of the border with Bramblepelt and Flashfur as they had taken Shockfeet home after she and Thistlepelt had found her nearly drowning in the stream that ran from StreamClan's lands. "I thought I saw last of you when you disappeared into your side of the border!" Without continuing Bearclaw leaped at Fernleaf trying to aim his blow at her side. Muffling through her herbs Fernleaf rolled aside quickly back on her feet as she noticed to Bearclaw to do another move at her. How am I supposed to handel this situation?! the thought struck Fernleaf's mind as she felt hint of pain as Bearclaw managed to give a shot onto her shoulder.
Suddenly a memory from a stick-training with Nightcloud returned into her mind. "Sometimes there's situations when you're carrying herbs or...a kit for example" Nightcloud's words returned clear into her mind. "Then you're not able to use your jaws or teeth; then you need to learn how only deal with paw-movements" Seeing her sight to clear as Bearclaw attacked her again she dodged and shut her eyes for a moment. "What is it?! Too weak to fight?!" She heard Bearclaw's spat and opened her eyes to face him. I know exactly what to do she encouraged herself and leaped in the air as Bearclaw hit the spot she had just stood on...

I am very happy how the background turned out~
I first had a bit doubts for it but eh... I think I did well enough :3

This picture is personal artwork, so anything art-criminal related stuff, that is copying, Tracing, overcolouring ect. will be punished in a way or another.

Submitting this picture elsewhere is forbidden but using it in Fan-related videos is allowed if you also credit me!