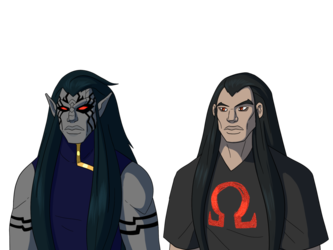 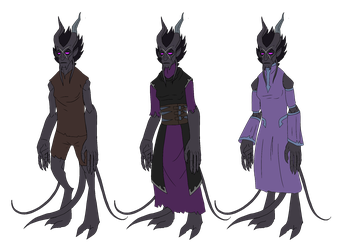 My three Bloodborne Beast characters
Cael - came to Yharnam running from something (spoiler: its an asshole elder god),

Beast! Cael - same type of beast as abhorrent beast. His lightning is golden. he’s not abhorrent in any way shape of form.

Rene - Another church hunter. Bloodthirsty fanatic. Probably uses Beast claw weapon. Has a missing eye. Also turns into a cleric beast, except they have one eye and a tail. Drools a lot as a beast.