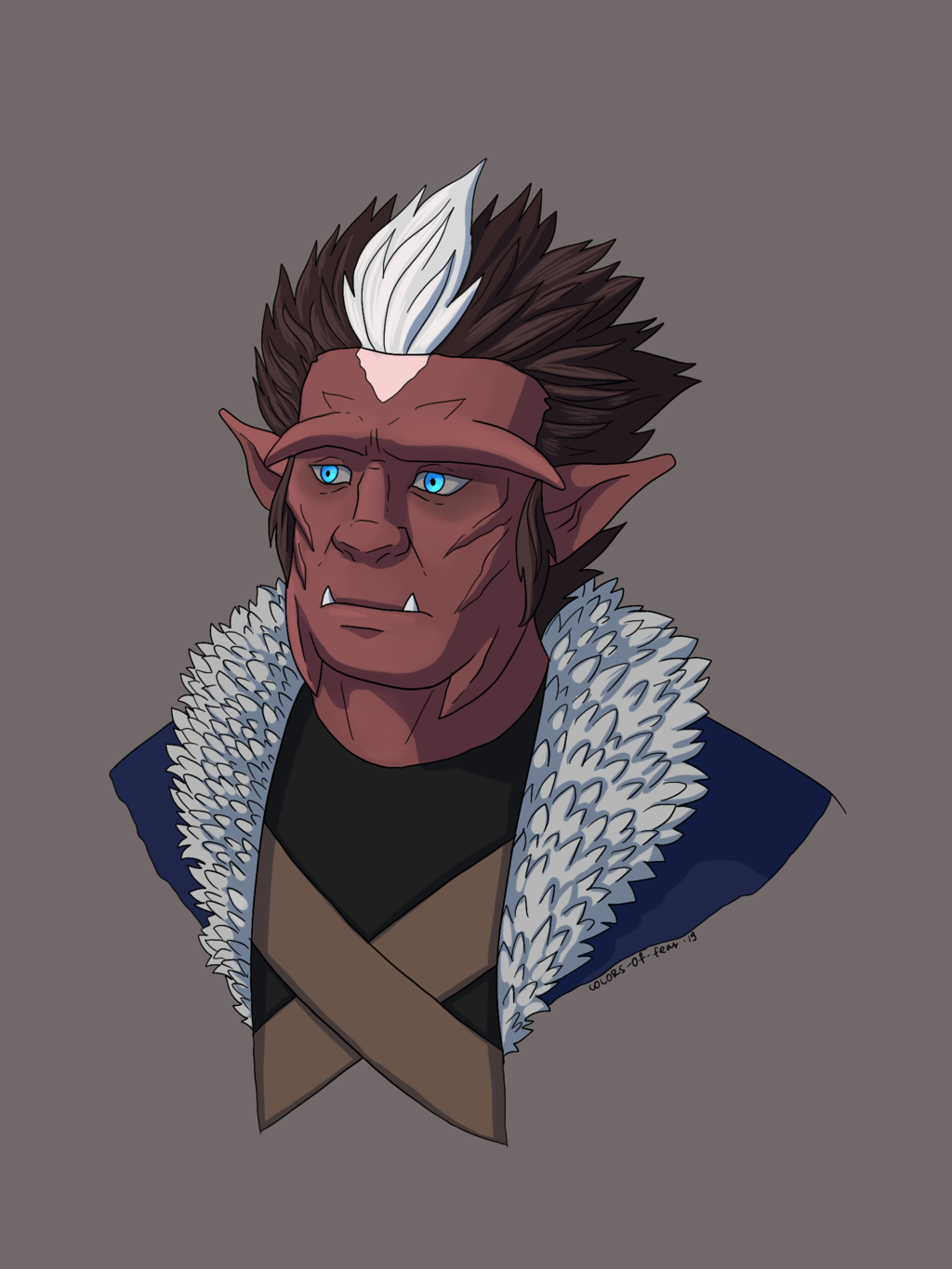 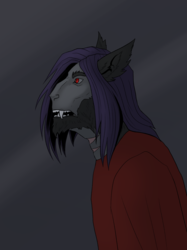 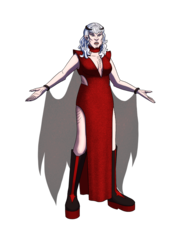 I decided to draw Sharack Snow, daughter of two Dread Masters, who was taken along with her twin brother when the Dread Masters were captured, and my canon Jedi Knight. She single-mindedly chased Vitiate to Ziost, where she was caught in the blast. However, she was too stubborn to die, and became an undead monster. This is her before that happened.

[ID: a digital portrait of an alien character with a broad face and spiky hair. She has reddish skin, black hair, and a white spot on the forehead, and in the hair. She has cyan eyes, and seems to stare off into nothingness. She is wearing a blue coat with a white fur collar.]