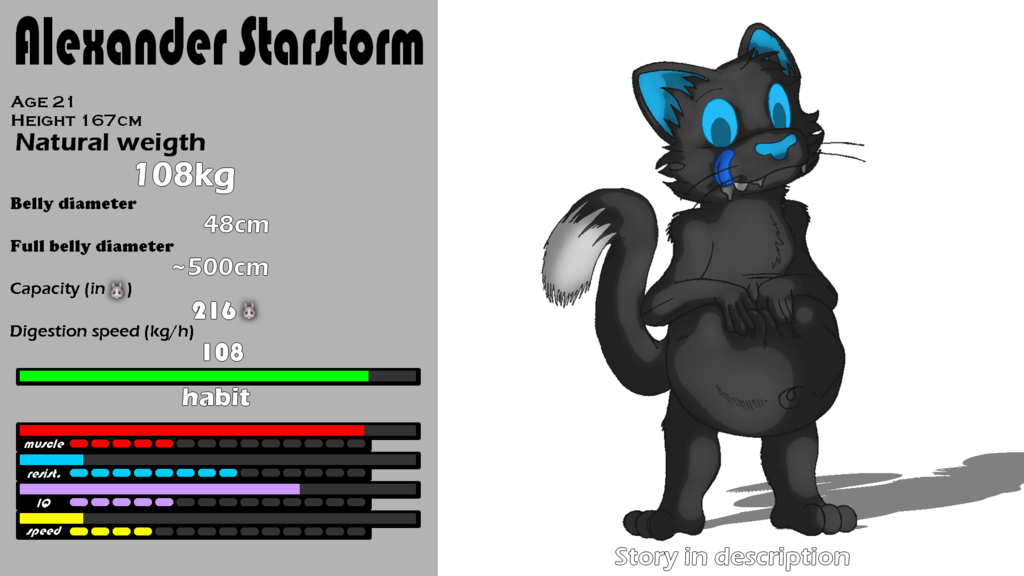 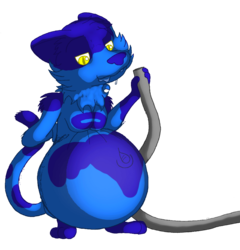 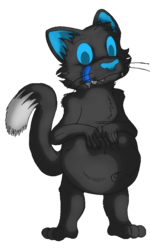 You can ask for a free vore or squish ref here : https://docs.google.com/forms/d/e/1FAIpQLSf3Q9szW3zfOTZLoyFTCy4XrJlMPPt-Hec65NqxX9D4xVcUAg/viewform

Story -
He was born into a family of a dragon father and cat mother, with an older brother who was a dragon instead of a cat. His father heavily favored the dragon brother who tried his best to take care of Alex. After their mother died, Alex and his brother left to live on their own, though Alex was still greatly taken care of by his brother.

Powers/abilities -
He can shrink himself and others, and reform using tufts of his fur