Aka: Tall Fox. I enjoy fursuiting, dancing, hiking, movies, trying new things, hanging out with friends.
I am mated to Marrok, who is my wonderful coyote, and an amazing friend. I love him very much! 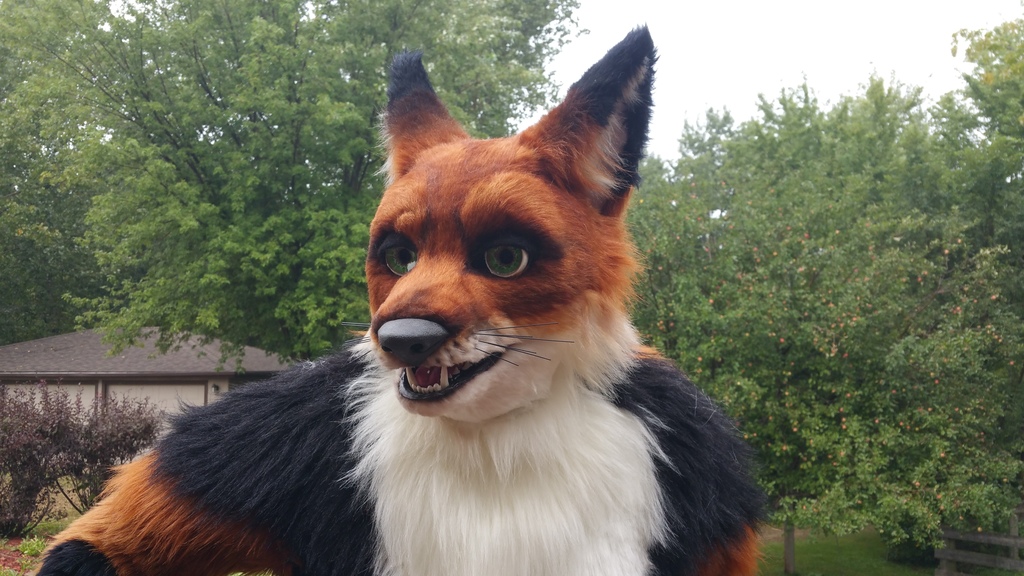 So, it's been a week since the initial shock has happened in the world of politics. There have been a number of stories that have come out between then and now, and I've had time to reflect on what happened. While I still want to stress how important it is to understand what is at stake here, I also know how vital it is towards handling this situation.
In short, now more than ever, folks need to appeal to a median, not an extreme left or right. Baby steps is the only way to do it, which is why Bernie Sanders was more or less 'flushed out' as a possible candidate. It's shitty, yes, but it's why it happened.
Now, I'm not going to write about why Hillary or Trump are both shitty. But rather, focus on what both sides want. As far as I know, this is why we have a senate, house, and even a chance to for the electoral vote to decide to get rid of Trump. Checks and balances.
In recent years, I have discovered just how much of a bubble everyone lives in. Whether you are a conservative, a liberal, or whatever -- both social media, google algorithms, or the networks themselves are very focused on feeding into your bubble. For networks, it's about ratings. They don't want you to change the channel, in whatever means necessary. In this case, the sensationalization of a "rich man" running for president was great news. Much like Michael Jackson and his troubles: he was a pop star adored my many, eccentric, and different. There was a point in time in our history where that's all people talked about for a while. The bottom line is Trump got free coverage from these outlets. The fixation continued. The lines were drawn.
Thing is, when you draw the bubbles further and further away, you start to become less and less aware of what is happening on either end of the spectrum. I became more conscious on it only when my boyfriend brought this up days ago. The checks and balances? They have been slowly drifting away, even before this election even started. Unfortunately, it would seem, a TV show like "House of Cards" makes me realize life really IS imitating art. Folks will stop at NOTHING to find ways to win.
But I digress. This is about how to find a way to stop the bleeding. In 2 years, Senate and House seats will be up for contention. THAT'S how things can change. And by change, I mean prevent the idiocracy from continuing. Any time you see a post on twitter that talks about picking a candidate for the house or senate that is far removed from the 'norm', that person will NOT be elected. Things have to be strategic. This is a game of chess, treat it as such: Too aggressive, you lose. Too defensive, you lose. Fortunately, stalemates will give us a win in this game . . . for now.
My point is this: if we want to continue to learn from each other, we need to keep a dialogue going between the bubbles. I made the mistake of being too emotional when shit hit the fan, as did a lot of Americans. It cost me some friendships that I don't know will ever be mended. And I'm willing to accept that, because I made that choice at the time, and can't make excuses. But, as I said, I've had time to analyze and think about things. And I have come to the conclusion that the only enemy we have is ourselves.
After re-watching the documentary film "We Live In Public" , it helped me remember just how focused we are on wanting attention as individuals. We want to feel right, we want to feel vindicated against wrong, we want to have a sense of purpose with our voices and individuality. But in the mess of it all, we forget that we live in a planet with other individuals and other ideas. I'm not suggesting to make everyone happy, but what I'm suggesting is giving up the idea that the extremes have the all the answers. That's where the mistake happened. That's when we forgot what was at stake. Compromise.
This lack of ability to do this also hurt Obama being an effective "leader". Thankfully, there was a lot that was able to get done during his time of presidency, but there was also a lot of empty promises that was not fulfilled. The Republican-controlled House stopped a lot of things, but we (Democrats) also got progress.
In closing, let me remind ourselves that in order to move forward, we have to understand that these bubbles of realities exist. And like anybody suffering from bad habits, once you acknowledge it, it's the first step towards breaking these habits. Find your news in multiple resources. Allow some time to volunteer in non-profit organizations that will help build education about what issues affect our communities, states, and our country. And above all, listen. LISTEN to what others have to say, and then keep the dialogue going. PLEASE, PLEASE, PLEASE just listen and open your mind.
Thank you.