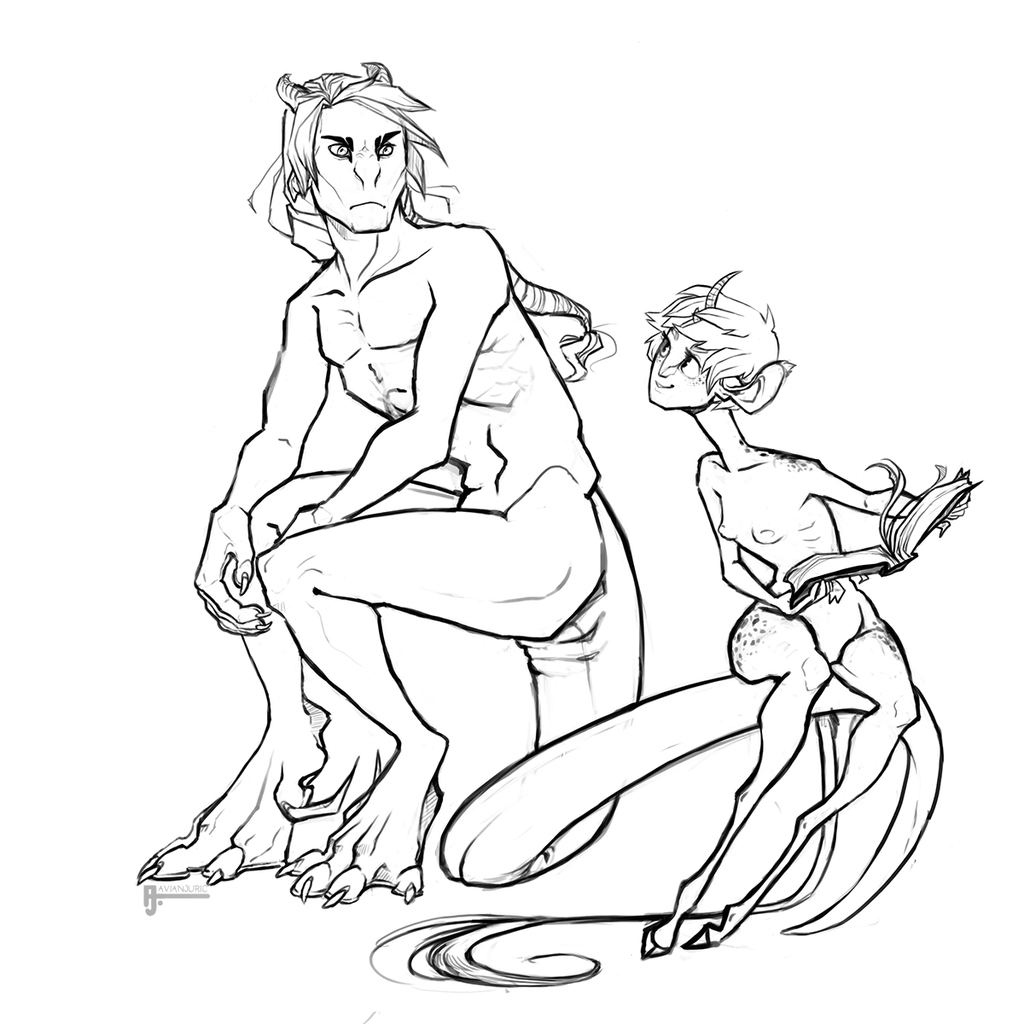 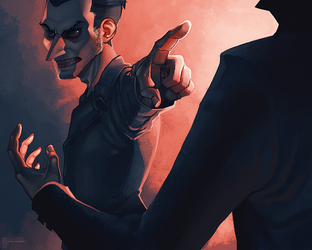 Just a sketch hat has been lying around a while that I decided to clean up a bit. They are supposed to be dressed (to a degree at least, both of them roam around rather topless) but I didn’t feel like spending time on designing outfits.

Saskia is totally comparing Kohr to the illustrations, expressing what a poser he is because according to the book his people look different. Good thing they have a language barrier going on. Saskia belong to

If you like my stuff, please support me on Tumblr! :)
http://theavianlimits.tumblr.com/