One Step Removed by Crossdog367 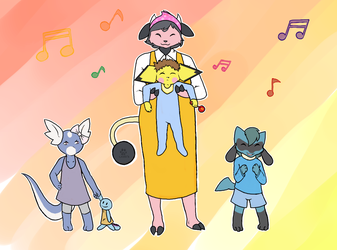 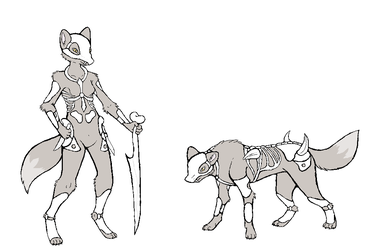 Old art from 2011. Presented with original comments edited for clarity.

---
Team Pre-K, after receiving delicious cookies, take a bit of time to think about their coach, Maddie the Miltank. Andrew the Pichu sees her as someone who wants to baby everyone, Sammi the Dratini sees her as a glorified babysitter, Jane the Munchlax thinks she should make the cookies with more chips next time, Petie the Teddiursa sees her as an overbearing nanny-wannabe and Jules the Riolu thinks she's a nice lady, and could not be bothered with anything other than the simple things in life.

Wow, this was a long time in the making. It wouldn't save as a BMP, so I had to save it as a JPEG, causing some undesirable compression.