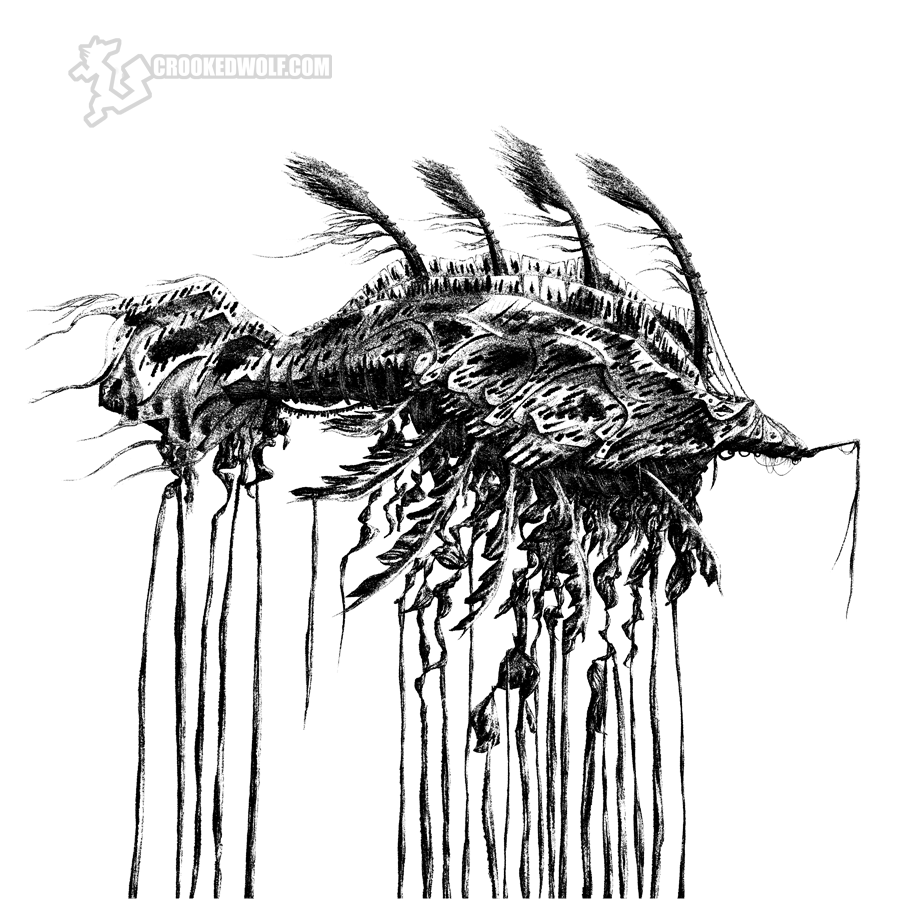 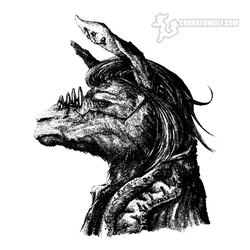 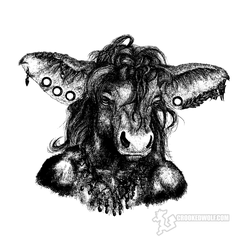 Sometimes called caroms, darts, or flys, aeroskims allow mortals to travel the Vein while avoiding the large predators and mountains that attempt to cut through the empire. These multi-purpose aircraft are made to resemble the large floating jellyfish that even dragons avoid eating. This particular one is the infamous Pyry's Source which made only a single expedition with the Visage of the Charred Acolyte before vanishing. Solidly built with very few moving parts and a length of hundreds of feet this aeroskim can act as home base for the entire guild. The four feathery tower things along the top of the aeroskim are saturated in oils from the giant jellyfish to give the ship a discouraging musk to any hungry visitors. The sails are collections of tough fabric that hang on cables that can extend for thousands of feet or be retracted for docking. Levitation is provided by masses of smaller containers filled with inert gas. This minimizes loss of levitation if the aeroskim takes damage and allows for repairs and upgrades in stages. After construction aeroskims often stay in the air for decades or even hundreds of years but they can rest on their frames if they need to land.