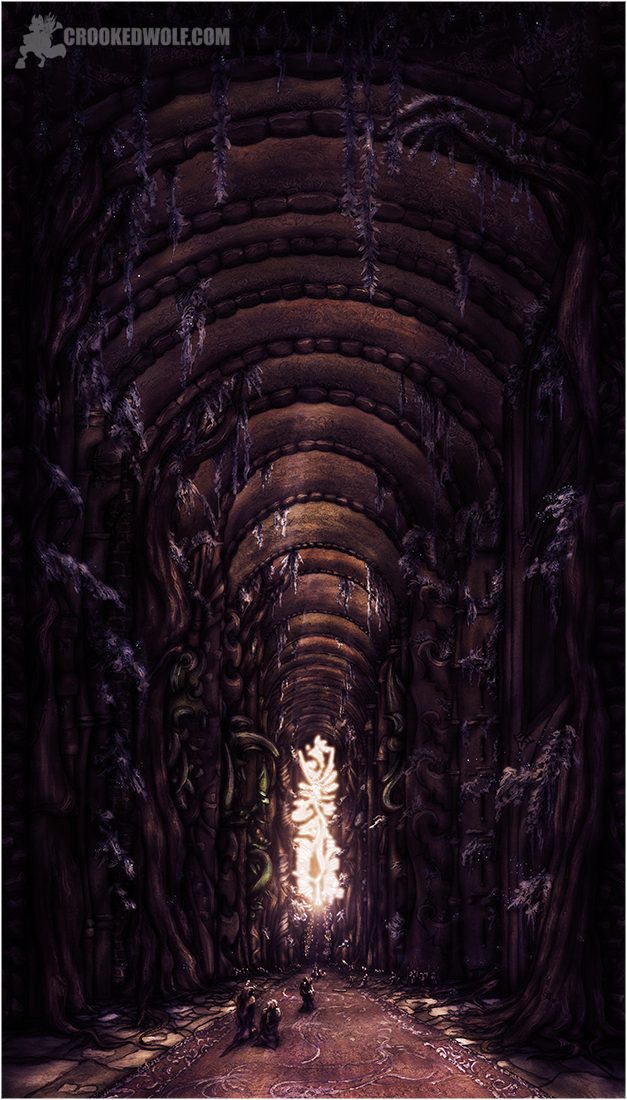 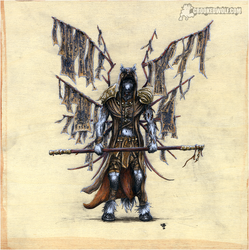 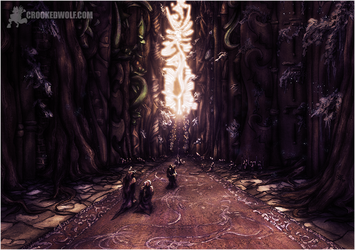 The Great Hall of Khan Pyry. An eclectic mix of additions, patches, and the bones of at least five previous castles stretching for several miles. Named for the 22 groups that form Pyry's empire which he affectionately refers to as his "afflictions" and a 23rd "affliction" that he keeps secret from all but his closest friends. Shown here is the final section of the Hall as one might experience it approaching the throne area. Between the ancient trees holding back crumbling walls gigantic stone carvings of the most prominent spirits watch over guests seeking the Khan's precious attention. Off in the distance the stairs leading up to the throne are flanked by thousands of banners and flags of all the defeated powers that have now become part of this empire. During times of crises the Hall becomes a tent city as hordes of nobles and their entourages wait for months sometimes to talk with Pyry. A well-funded army of guards and their trained attack snakes make sure that things stay quiet and subdued. Another army of scribes keep as much information as they can moving through the meetings and out to the libraries and great halls of the other groups.

Close up of some details: https://www.weasyl.com/~crookedwolf/submissions/1613634/the-23-afflictions-detail