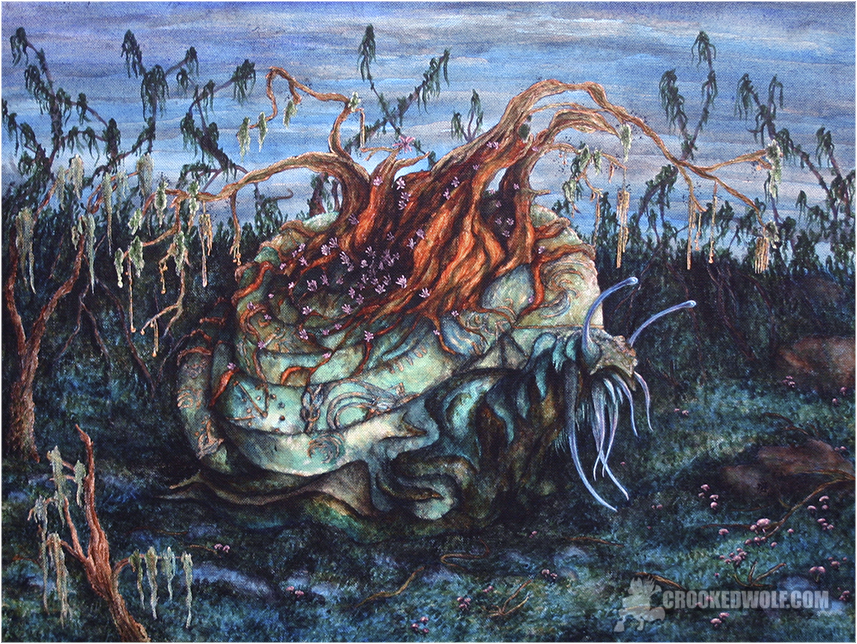 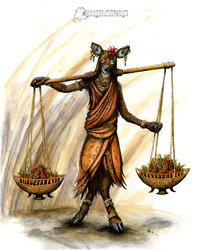 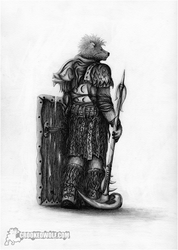 A gigantic toxic snail from the world of Eternalfold, my little fantasy comic. The snails feed on most of the swamp vegetation and live for tens of thousands of years; worshiped by the local cultures as divine messengers. As they slowly move about their path is charted over the years and its shape is used to try and determine the god's wills, often leading to much debate. You can see the rotting remains of lanterns, coins and trinkets from past ceremonies still hanging from the branches of the tree on its back and its shell is marked by some religious carvings. Typically they have a large tree growing on the shell and the flowers that grow around the center of the shell are used for creating poisons and powerful hallucinogens. Despite being large and slow not many other creatures feed on or live near these snails since they secrete an insanely poisonous slime. If injured or threatened they have been known to shrink into their shells and not emerge for a hundred years.