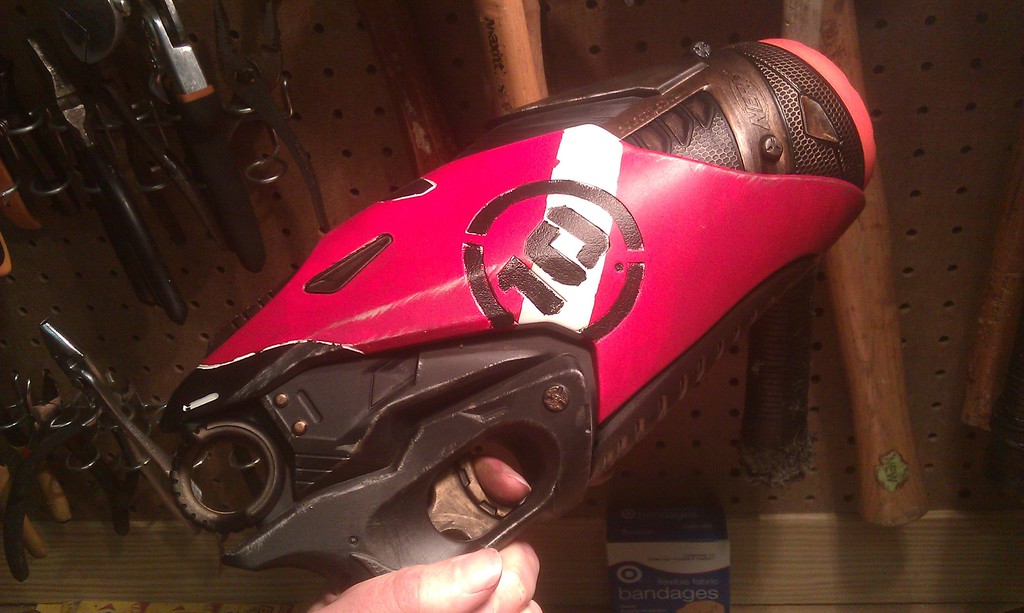 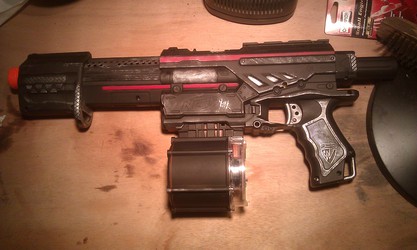 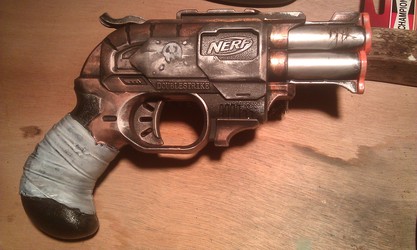 In the wastelands entertainment is scarce and a large chunk of the population are senseless, jabbering, violent psychos. Arena fights have become a common staple in bandit camps, corporate headquarters and even in major cities... Which are more often then not owned by corporations that produce guns. The more main streamed events have rigid rules and hefty limitations to what can be used in the arena. Even though this gun's potential is nurtured in officially sanctioned events. Tinkerers and gun smiths prize these "Bullet Tag" guns for their high rate of fire and distance when the limiters are gutted and their power supply is upgraded.