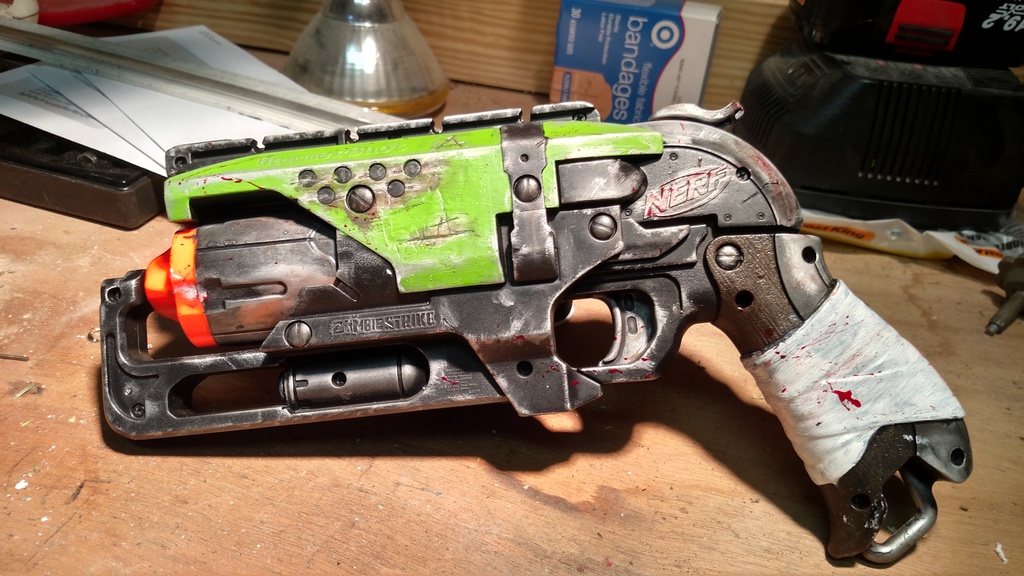 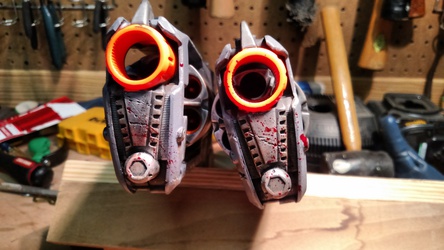 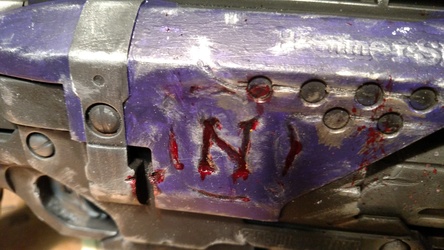 The previous owner of this revolver has CLEARLY seen some shit. The cylinder and hammer are practically lubed with blood and it looks to be nibbled and scratched up by rats. I don’t want to pick this thing up with ANYTHING less then some thick rubber gloves. The kind that scientists that deal with acids and bases on a regular basis use to prevent their flesh from melting off their bony fingers! Only a mad man or some kinda monster that is immune to the bubonic plague would willingly use this five shooter…

Usable only by Rats, Bandits, Undead