Welcome to the Realm of Red Wizardry!

With the recent upsets in the internet art sphere, I joined this site to spread my reach a little! I'm just an amateur/wannabe artist/writer (pick any combination of these, they pretty much all apply) and longtime lurker. By now, I have plenty to share, and am looking to get it all out there going forward!

All told, I vary between quite a few different shapes and sizes. Feel free to reach out if there's anything you need. In the meantime, enjoy the odds and ends I do post which I've doodled, commissioned, or created/received otherwise!

Most recent: Evander the Salamander (OC) 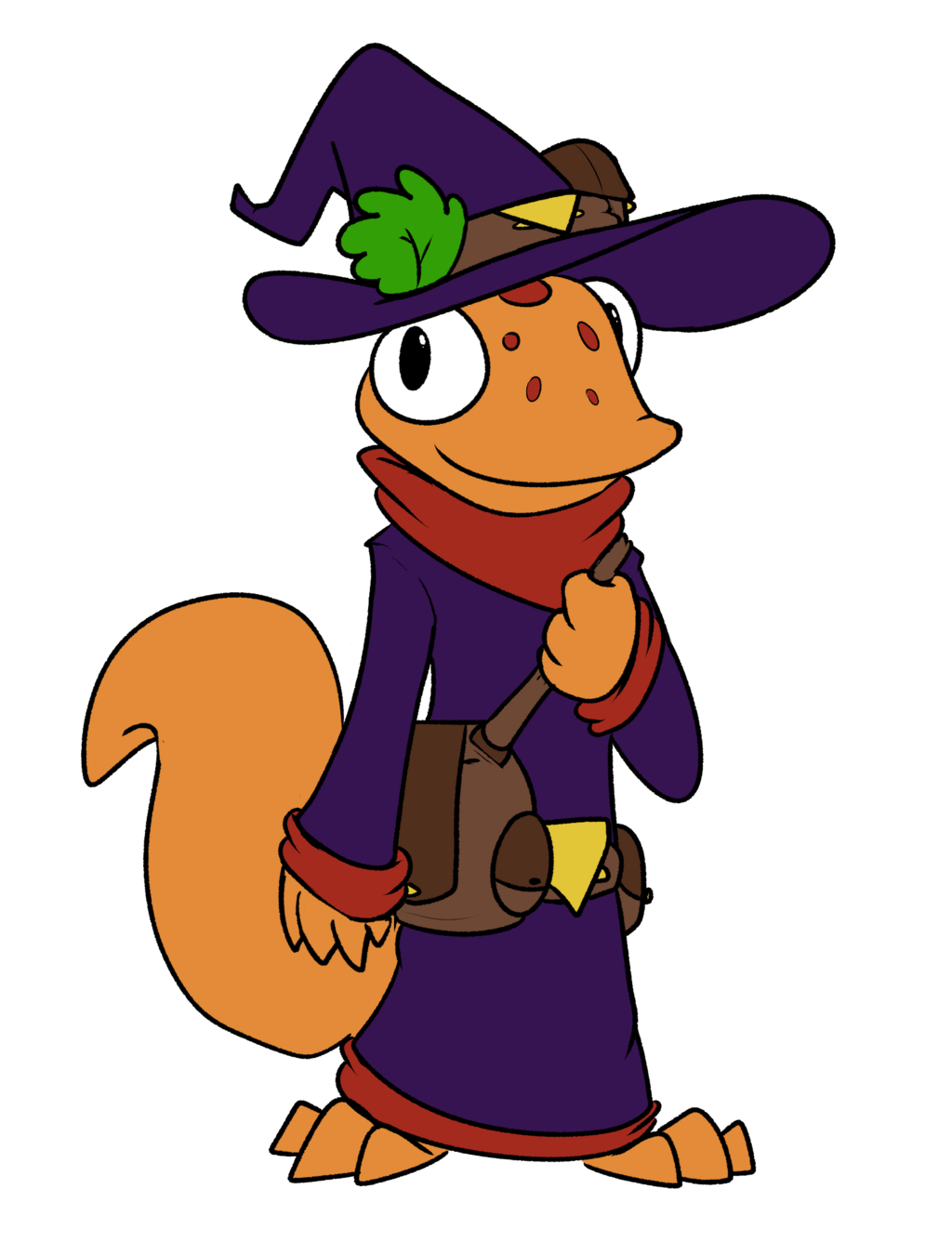 Cheeky title, right? I thought it was clever anyway, and works nicely as a title for regular posts like these to give an air of professionalism, or the impression that I know what I'm doing.

But anyways, on to business!

Firstly, I should start of course by thanking you all for your support over the past year. Posting with such consistency has been pretty new territory me, so I'm pleased to have found a bit of an audience interested in what I have to put out! Looking to the next one, I hope I can stay apace and keep you entertained, so here's hoping for a good New Year!

For anyone interested, I've set up a few new pages in response to the fluctuating state of the blue bird website, each of which are just about all caught up on the backlog. I also made a handy Linktree to bind them all together, so recommend if you have a presence on any other sites to give them a look over down below. New profiles include ones at PillowFort, Itaku, Newgrounds, and Weasyl, so we'll see if I introduce any more to the mix later.

2022 was a long one - with a just few bumps along the way, I was just able to complete my self-imposed challenge of weekly drawings! Even if I had to shuffle or delay a few themes, I still balanced things a bit by making some sequences and stories that were longer than the one offs which should even things out a bit.

Growth wise, DA seems to have become the big one, with FA and Twitter climbing a bit more slowly. Tumblr's been getting some steam to it, too. Originally I thought if we reached any milestones, some kind of raffle would be fun to try. For now however I think it's better to continue catch-up and warming up trying to improve more first, as despite having a few pics I'm honestly pretty proud of, there's still quite a bit I wish or feel I could do better on. Generally I still want to improve my technique and time spent on everything.

That being said, despite my simple, limited art style I still spend quite a while on each piece I make, so looking into January I first think I'm due for a bit of a rest. I have a pretty ample gallery by now, and feel that can afford me a bit of inconsistency with how often I post for the time being. Plus I've got a lot of comms in the backlog I can put up, so I'll spend a little while parsing through those.

I also want focus on wrapping up a few outstanding collabs I've left lie for too long, as well as some personal art outside the confines of specific weekly 'themes' - I'm still interested in continuing to make plenty of transformative material (and more!), but can be a little easier to conceive ideas and get different things done without being confined by anything specific, or the crunch time that comes with it every Tuesday.

And so I think that's it! Thank you again for your support and patience, and here's hoping 2023 is as productive as the last one.