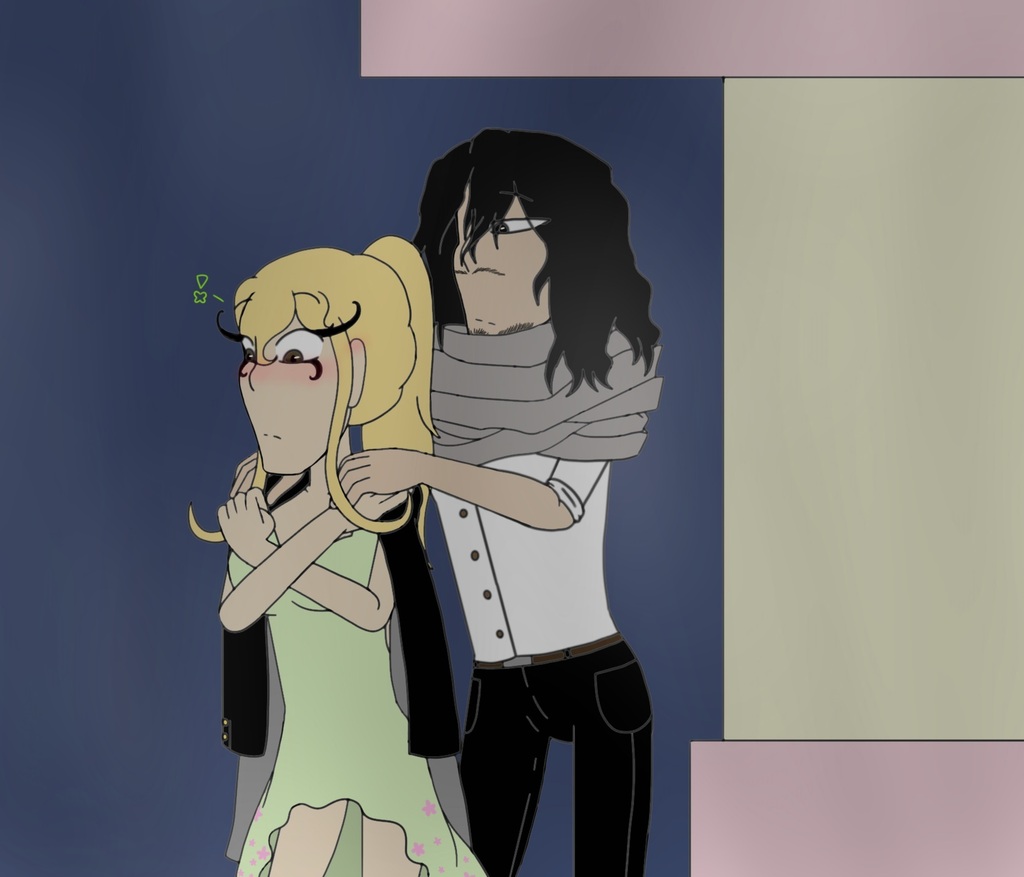 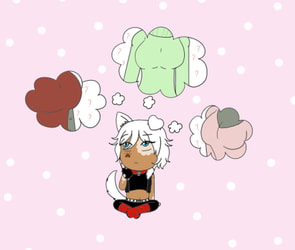 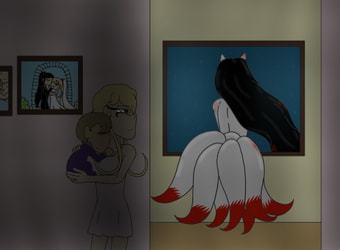 Lyna unconsciously leaned closer to Aizawa, not noticing that he was watching her shiver as she did.

Aizawa pointed out, his voice blunt, his breath misting out in front him as he spoke.

“Just a little! don’t worry about it!”

Lyna insisted with a smile, though her body decided at that moment to betray her with a renewed bout of shivering. “it’s not like we’ll be out here for long anyway. I’ll just warm up with a nice cup of tea before bed when I get home. Mercurius has probably put the pot on already, he’s such a sweetie like that.” Lyna’s smile softened at the thought of her son, the affection she held for him clear in her voice.

Aizawa watched the woman as she smiled, her arms curling up around herself to keep herself warm, her golden-brown gaze soft, making his chest warm. Aizawa sighed and unbuttoned his jacket while Lyna was distracted, pulling it off and draping it over her bare shoulders.

“Hu?!” Lyna jumped; her face bright red as she looked down at the item of clothing now warming her body. “I said you seemed cold, miss Aymaya.” Aizawa said, giving her a soft smile, making Lyna’s face heat even more and forcing her eyes away from him and towards the ground. “Thank you, mister Aizawa.”

Just some cuties from the other day, as I love them a whole lot, and this was a cool down after a doctor's appointment

Early relationship stuff was intended, like one of their early dates that they weren't up to calling dates yet, thus Lyna not calling Aizawa Shota, etc.

Lyna is just about to walk home, Aizawa is gonna walk her, of course, but once they get out into the cold, she's like brrrrr, shiver! so Aizawa puts his jacket on her, and she's just like "..." and blink because what? care? what is this? Cassius would never, so what is this? what is going on? eeeeee?

Mercurius is gonna be pissy when Lyna comes back in Aizawa's jacket, just glareeeeee, not saying anything, but really, what are you doing, mama? that is not daddy!