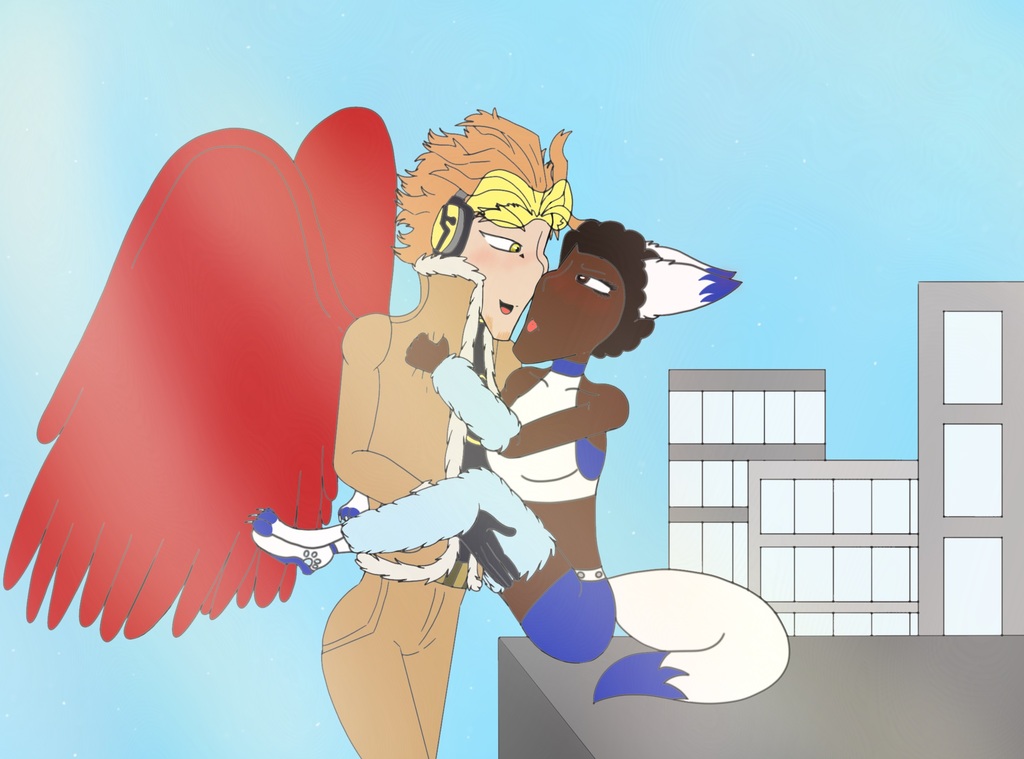 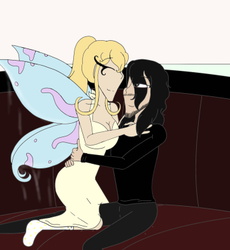 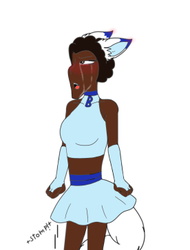 That fox does not like heights that much, flying makes her uncomfy, this pose makes her uncomfy, very much near strangle Hawks' midsection with her thighs because for the love of god don't drop her
She very much was doing something and he just slipped on up between her legs and scared her, though at this point she doesn't mind that, still gonna chew on his hair in protest, stop surprising her! she will bat! she will bite! fight her!