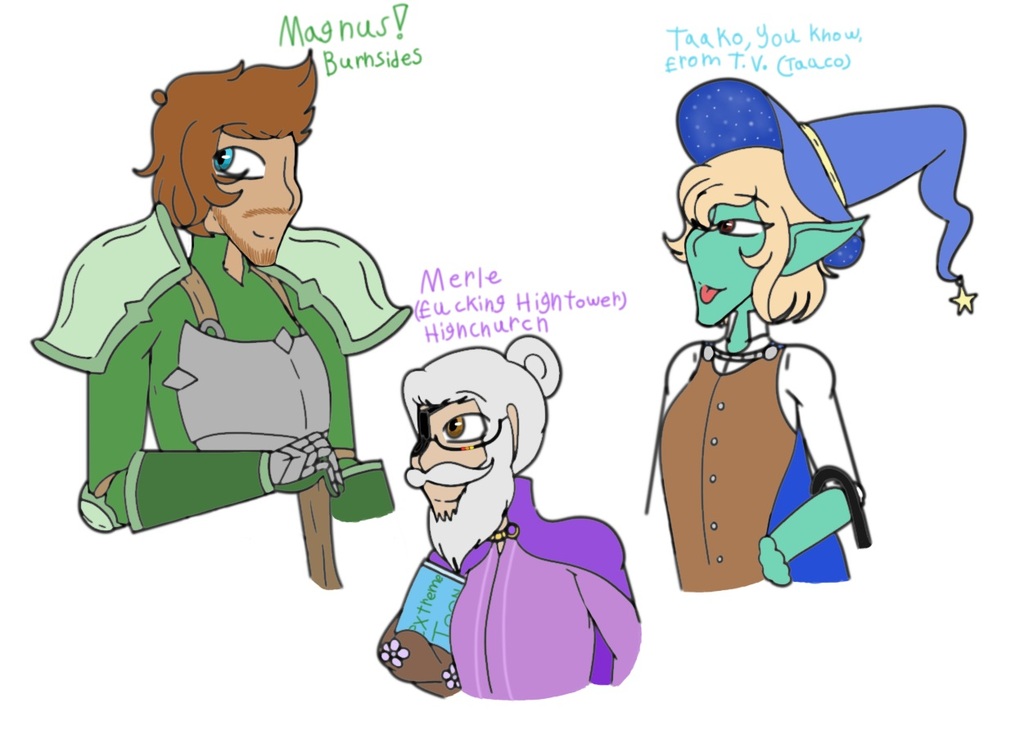 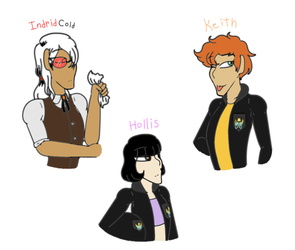 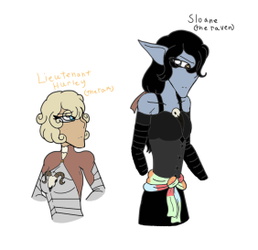 Boys...tres horny boys...bois
I assigned each of them particular colors that I had no reason to, only thing really is that Magnus is not red (and that none of them are red, but I very specifically refused red for Magnus) and that Taako is the moon to Lup's sun, plus working off the fact his one specific color was mauve, which yes, is purple, not blue, but blue is opposite of yellow, and Lup got fire colors, which includes yellow, Merle is just Merle, whom I made purple, not sure why that was the color I picked for him, it just is
Really the most thought I put into any of their colors was Taako's, and it was just opposite of Lup's fire sun aesthetic

I love one (1) big sof ruff boi who loves dogs, his fish, and his wife
Semi dad zone of truth version, Davenport is dad dad, he's also Merle's dad, but Merle also can be dad
And ah yes, my boyfriend's boyfriend, who is also my wife's identical twin brother
I love them, I love the three of them so much