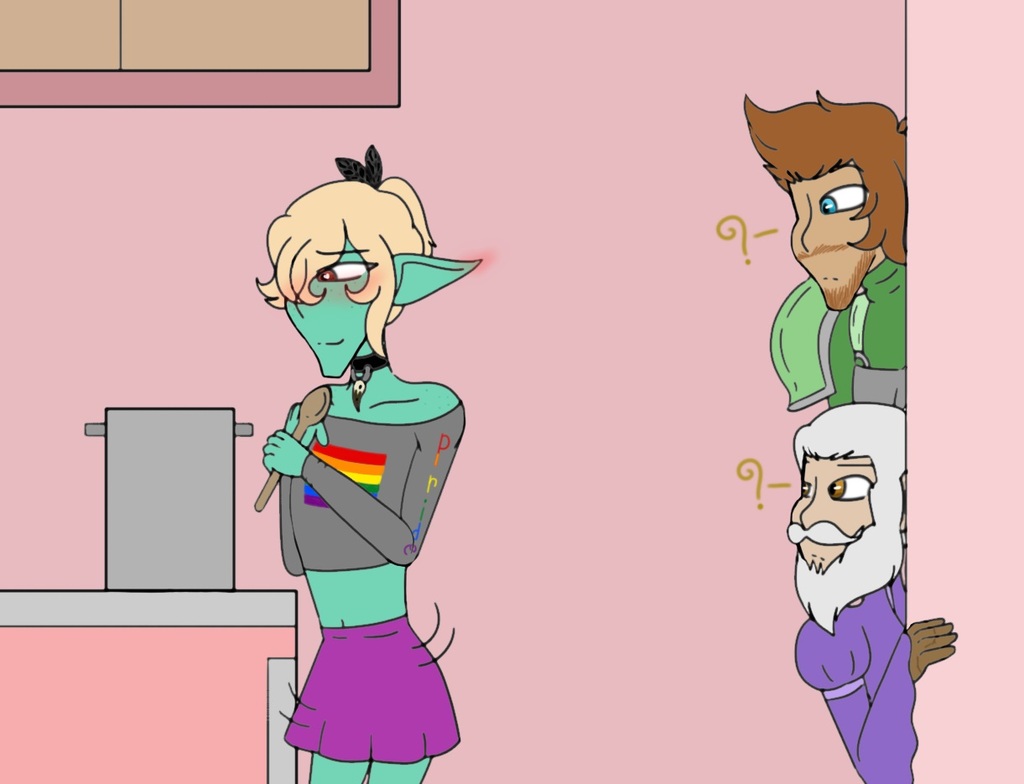 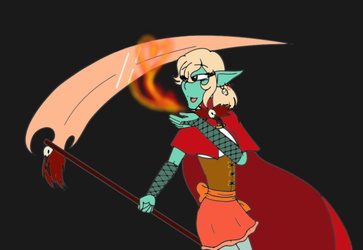 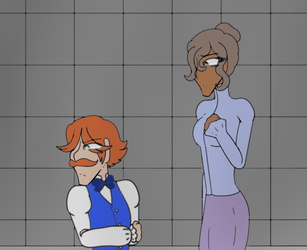 Doodle-The morning after a date

Taako, baby boy, sweetie, beautiful boy, I know you had a date with the literal grim reaper, and you're fawning over spending time with death, but it looks like you are in love with the soup, and Merle and Magnus are very confused

Those are supposed to be Taako's pajamas btw, also some Kravitz/death related stuff, that's a bird skull Kravitz probably gave Taako, or he bought because he saw it, and it reminded him of the dude he's smitten with, and some feathers from Kravitz's hair, that Taako may or may not have stolen whilst kissing the grim reaper, and the elf just full on shoving his hands through death's hair