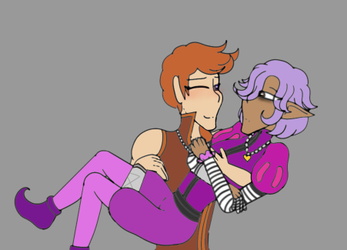 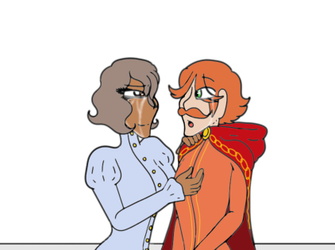 Kravitz hates everything, Taako is cute, but Kravitz is so mad and tired, excuse him, death has to go scream for a minute, go complain to mom, scream into his hands, take a nap maybe

Meet-cute between a fancy gay elf and death, and it's great, and I love them

Kravitz's other arm is behind his back, don't worry about it, I tried to make it visible, but it didn't work out
I tried to include Magnus and Merle, I really did, but things have just not been working, and this was literally all I could manage out of the several like seven (? I deleted like a lot of them, and I kept like three) wips I tried to start