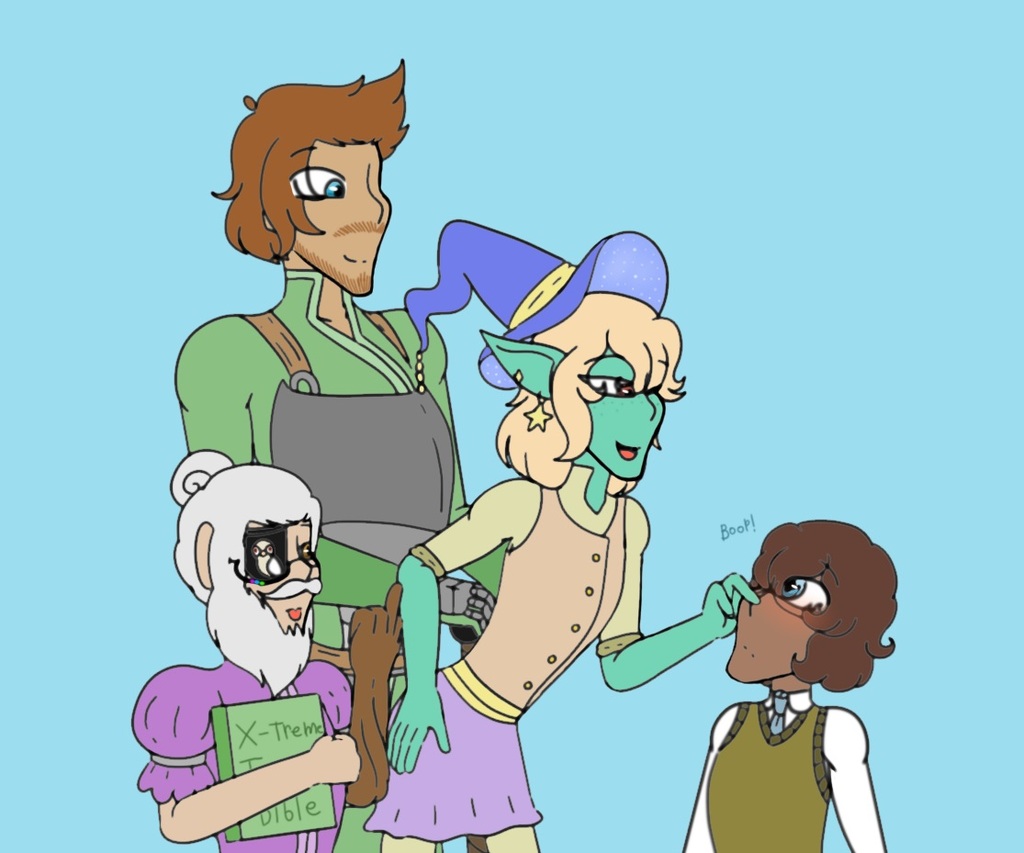 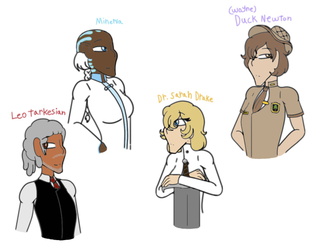 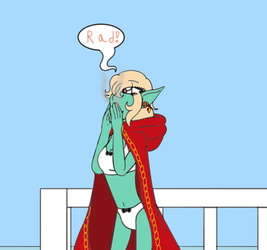 Doodle-Let us teach you something, little man

"You draw attention when you act like that,
Let us teach you how to disappear,
You look like you would lose a fight to an alley cat,
You gotta' be wrong to get it right 'round here,
RAWR!"
"You need to watch your back,
You need to creep around,
You need to slide real smooth,
Don't make a sound,
And if you want it, take it,
And if you can't take it? break it!
If you care about your health-"
"Seriously, you need to not be yourself,
You wanna be cool?
Let me show you how,
Need to break the rules?
I can show you how,
And once you catch this feeling?
Yeah, once you catch this feeling,"
"You'll be chilling, chilling,
Oh,
Chilling like a villain,"

Merle, don't be rude...Merle Fucking Hightower Highchurch, don't be hekking rude to the child!
I'm not being dramatic, according to Merle his middle name is Hightower, while according to Kravitz it's Fucking, and that's, you know, just accepted, I'm not gonna question death, he's got a book full of full names, he knows your name, don't be the person to question death about your full name, don't do it, especially when death is a strikingly handsome man (which is how he's described to a t, "strikingly handsome, dark haired man, wearing a suit" is his description, nope, never gonna get over how Kravitz's main descriptive factor is that he's very handsome, "super handsome face" has also been used, boy is hekking fit af)

I've been thinking about this for like over a week, and oh my god, finally, I did it.