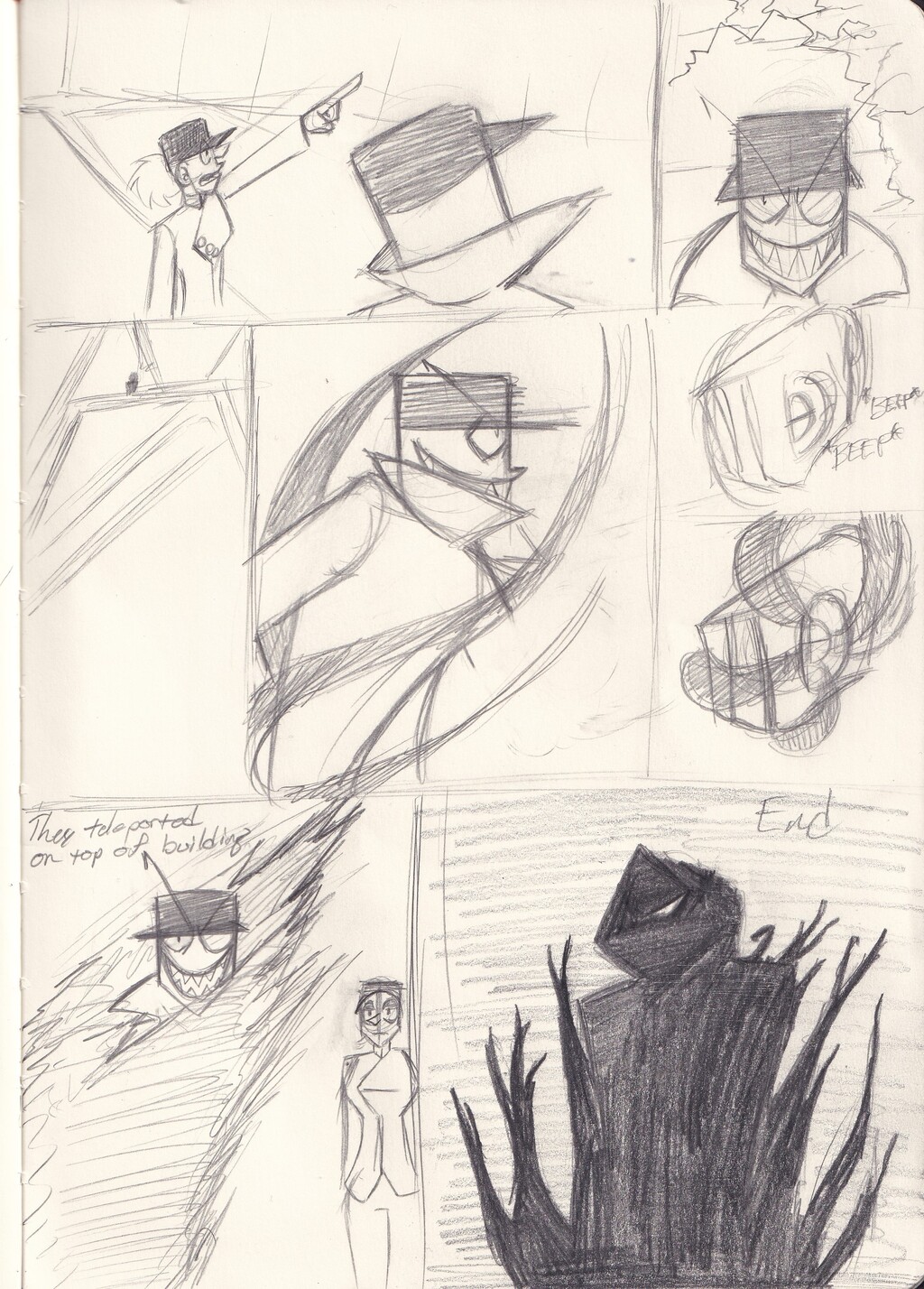 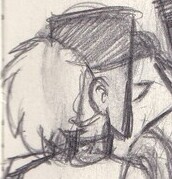 Okay, let's face it we don't know how would Black Hat move from place to place. aside from using his legs... obviously
Anyways, so I'm just going to leave the page as it is until the Cartoon network finishes the episodes of Villainous.
Then I will update it.
I'm not sure if he teleports using smoke to whatever.
I honestly think it changes based on what mood he is in.
I'm only going with a theory here.
It's just the last page for this issue.
So I do apologize for that and I hope it was a good read... even though it probably was cringy as hell.

Anyways here is the Dialogue

Other: On top of the building across the street. there is a figure standing up there, it probably came from it.

Black Hat: I see it.

Black Hat: Greetings, We have a couple of questions to ask you.

Black Hat: The first one being Who are you?