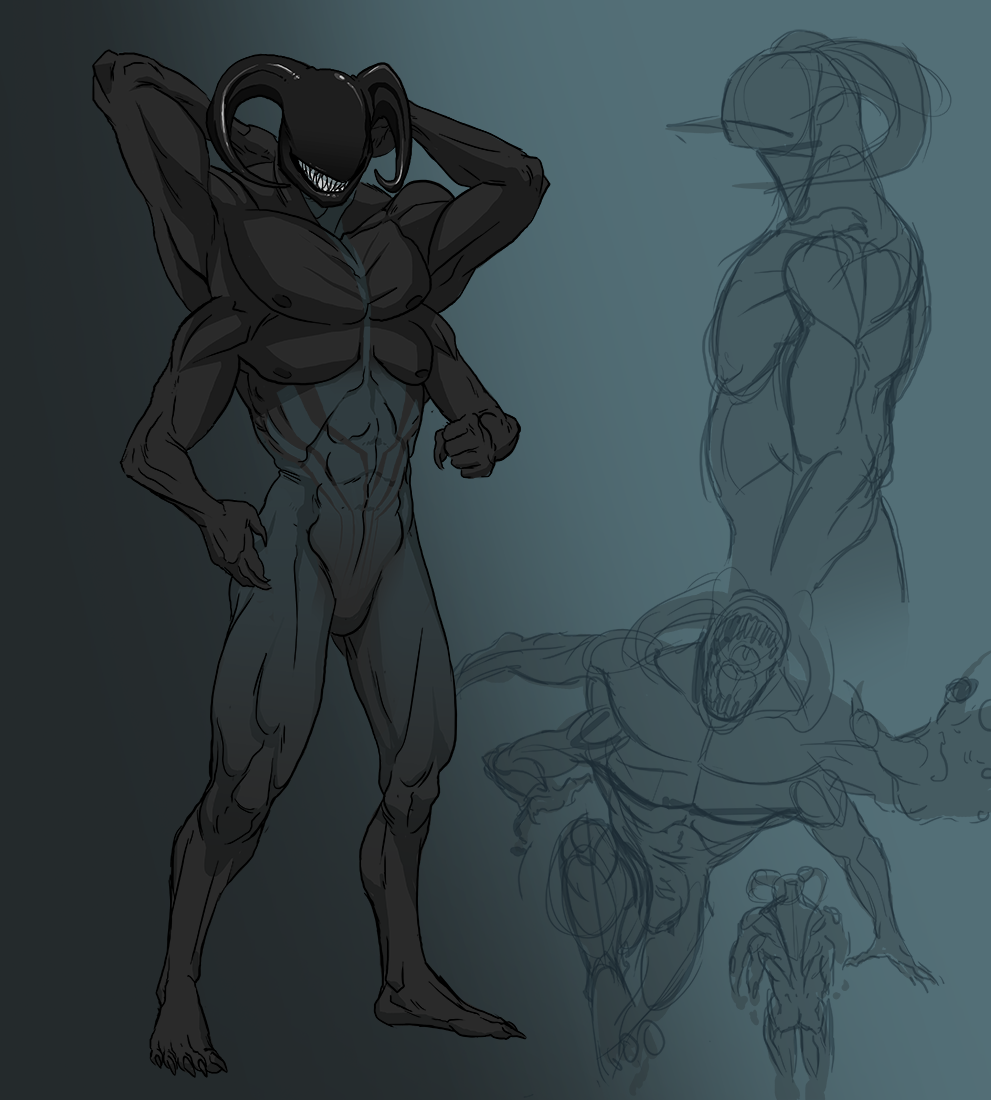 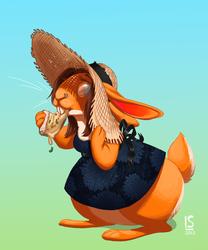 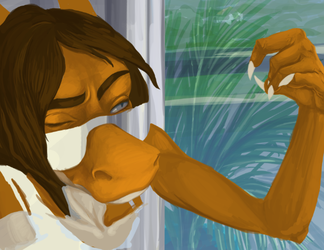 Been really wanting to go back to my monster/demon roots and draw some badassery (while getting muscle practice, which i'm rusty as ever). I had this guy in my head for a bit, haven't given him a name but I like him and will likely draw him a lot more.

He's a douchebag who likes to show off, but if he tolerates you and you somehow tolerate him, you'll be in for a good time of drinking, partying, and the added bonus if shit gets real, he's a good fighter (his job is an underground fighter, but doesn't openly share that for... obvious reasons)

Personality is still a WIP