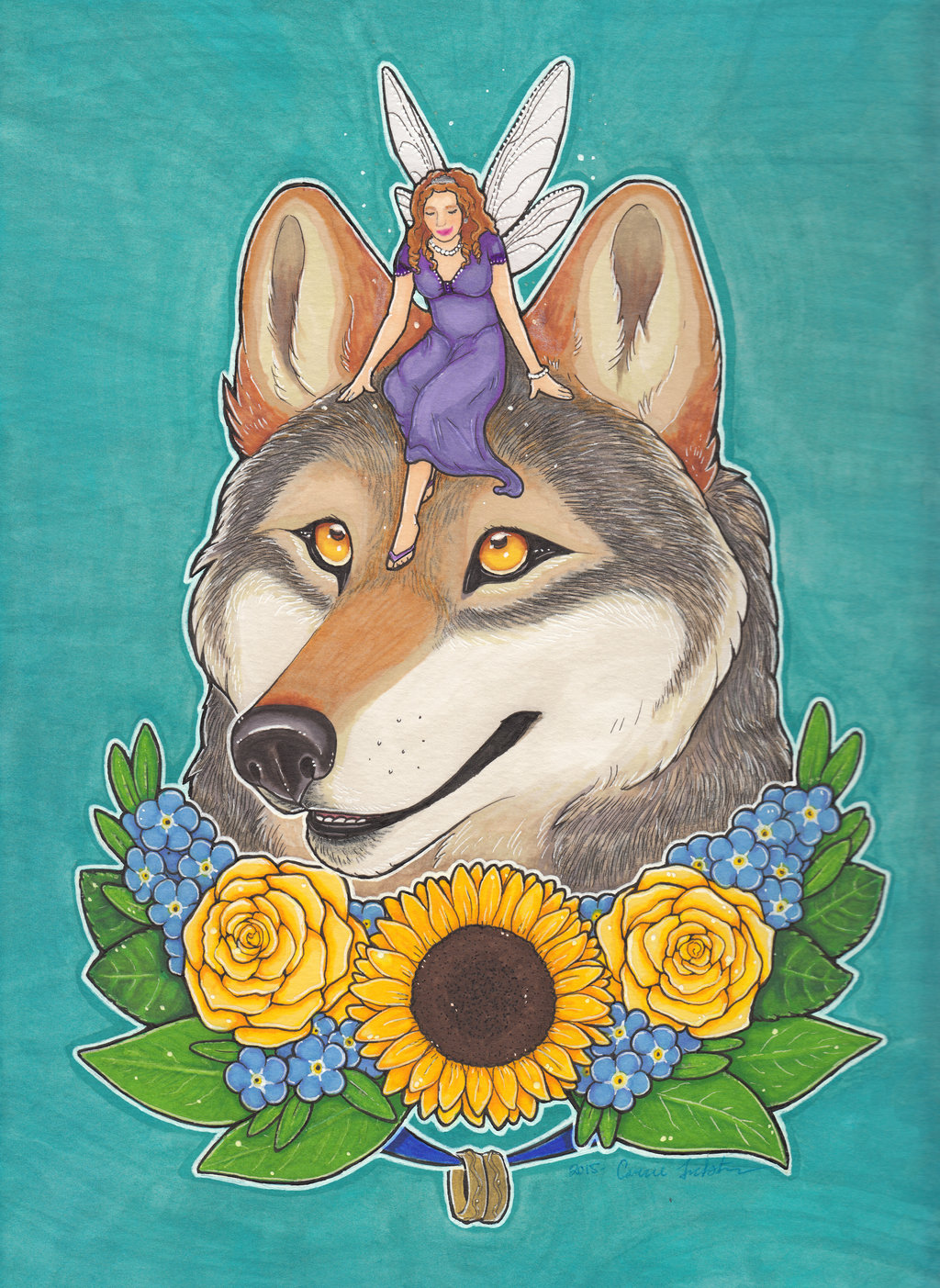 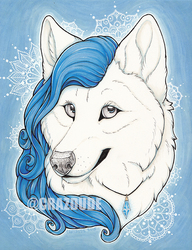 I was commissioned by a good friend of mine to create a piece for a gift to her husband on their 7th wedding anniversary. I was asked to draw her as a fairy and her husband in his wolf form (Z'ror)

I chose to include their rings as well as symbolic flowers: Sunflower = "you are my sunshine", Yellow roses = friendship, Forget me nots = unforgettable love for each other.

She was trying to be secretive so he didn't catch on before she could give the present to him, which meant she didn't know the markings his wolf had. I simply selected a reference photo -- with her husband in mind -- as my guide for the markings. As it turns out, he was thrilled and dumbfounded; I apparently drew Z'ror perfectly as he has always imagined and he had never told anyone what he looked like.