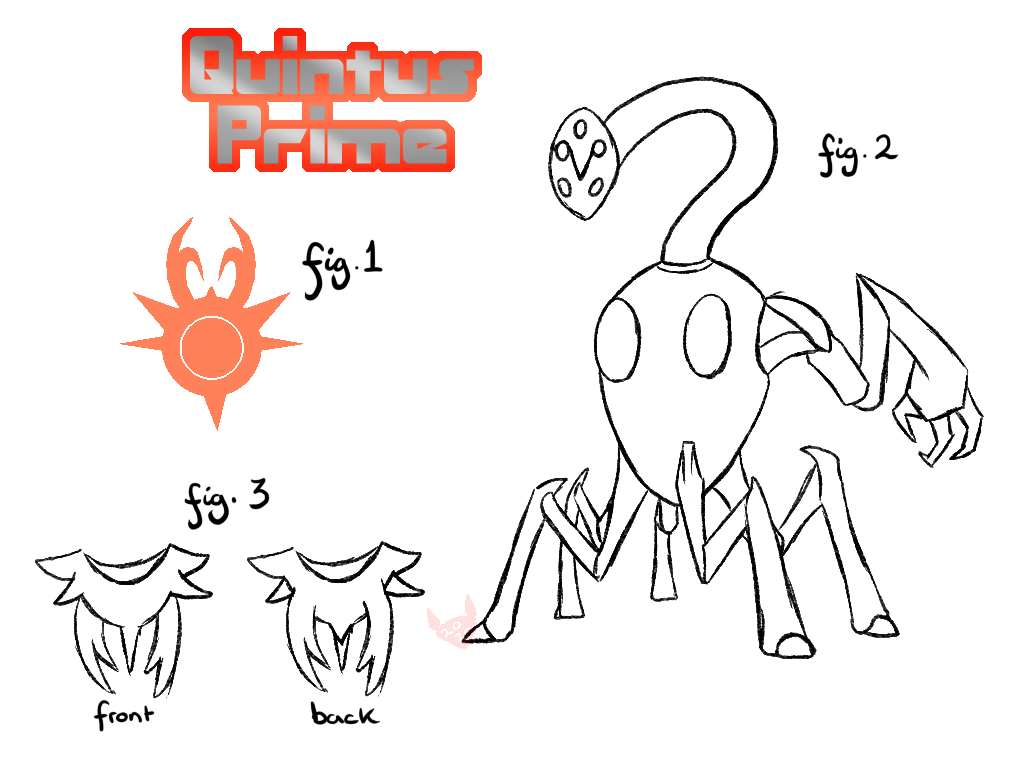 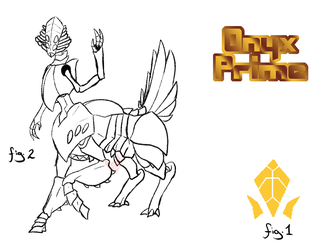 Quintus Prime of the 13.
An odd egg-shaped figure he is associated with the studies of science, remembered as a perfectionist he often butted heads with the other 12 Primes.


Figure 1
The Sigil of Quintus, often engraved into scientific equipment as if asking for his several optics to see the answer and act through the equipment. There is usually at least one symbol in every lab, it is also not uncommon for his sigil to appear in medical rooms as well.


Figure 2
Depictions of Quintus are something humans would call ‘wild’ and ‘bizarre’ but, hey, they’re aliens, who cares what we think?. 5 legs, 5 optics and 5 foldable arms that can be tucked away, they say Quintus used these to perform multiple tests at once, looking around with his flexible neck.


Figure 3
Robes worn by “Quintus collective” a group of mechs you could in a joking manner refer to as “science nuns” but they’re not really. They are a collection of intelligent mechs who live in Quintus Hall with many joining their ranks upon proving their value as members of the scientific community. It is here they vow to lock away anything deemed ‘useless’ in the pursuit of science and withhold from any kind of relationship with other beings, in favour of spending endless cycles reading and cataloguing through a grandoise collection of scientific knowledge and performing new experiments.
In the past they were responsible for many scientific breakthroughs and members of their council usually played judge and juror on new invetions and similar things. However, in modern days their numbers are few as applications to become a member have dwindled dramatically. Mechs these days want to keep their distracting emotions and attachments around no matter how badly they mess up scientific progress, tch idiots.
The group has wound down into a small group composed of two types of mechs, the ones who have decided their role should change and merely record as much progress as possible and the ones who have gotten a more “holier than thou” attitude about the whole thing and are cold to “the outsiders who forsoke our ways” rather than accept their traditions were getting old and stale.


They officially all died, as well as most of their records, during the war. They refused to partake, viewing it as pointless and often turned down even the Autobots offers of protection, wanting to be left entirely out of it. This, naturally, didn’t work out for them as Megatron and the other Decepticons hunted them down and killed them all, burning centuries of ‘sacred’ knowledge.
In particular they were hunted down like animals by the cold Shockwave when they refused to join him. Shockwave had some delusions about being Quintus’s true ‘disciple’, an idea laced into his processor by Megatron as a final ‘lock and seal’ to stop Shockwave from making any attempt at holding onto emotions. An act that finally broke the cyclops into the emotionless, logical being we know today. Something Spark-crushing to Wheeljack and Perceptor, Shockwave’s old friends, Perceptor had even pondered joining this group one day as well.