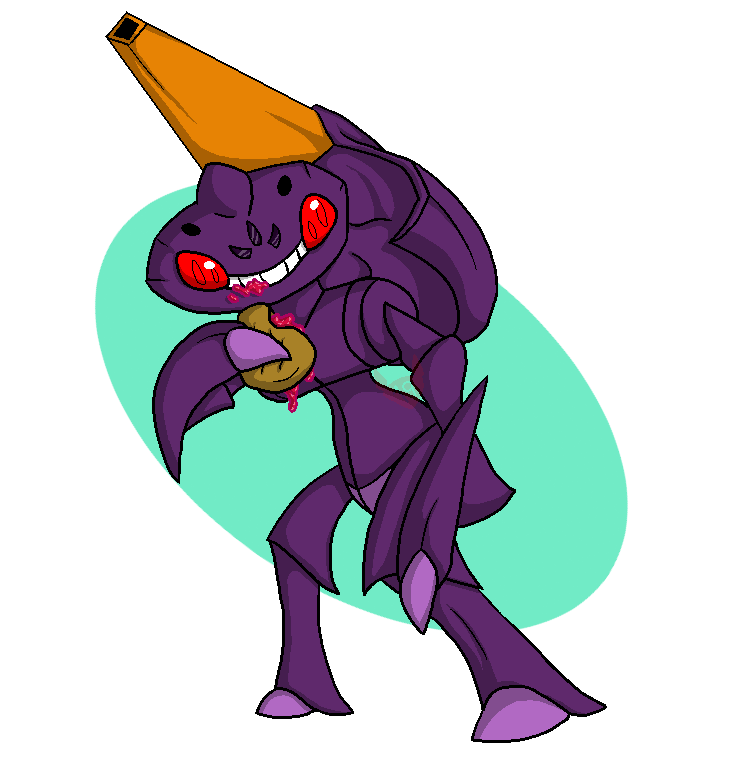 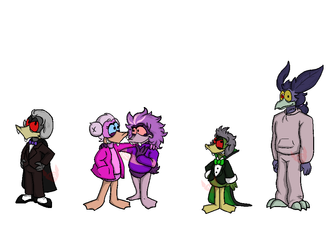 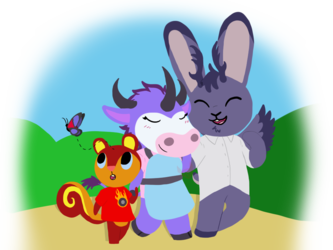 So I saw Detective Pikachu on Monday and while I'm still utterly tempted to draw a Pikachu!Galvatron and his human ally Rodney (Hot Rod) I had to do this.

Genesect is quite literally pokemon Galvatron. Not just visually as you can see (All I've done is changed BARELY any colours (the cannon mostly) and gave the forehead markings) but in origin as well.
Genesect was resurrected from a fossil and tampered with and genetically altered to be a more powerful weapon of a pokemon. It escaped the lab and now just wants a home.

Which as anyone who knows half a jolt of ACTUAL information about Galvatron knows it's extremely accurate for him.

So here's a "Galvasect" having stolen itself a nice jammy snack!