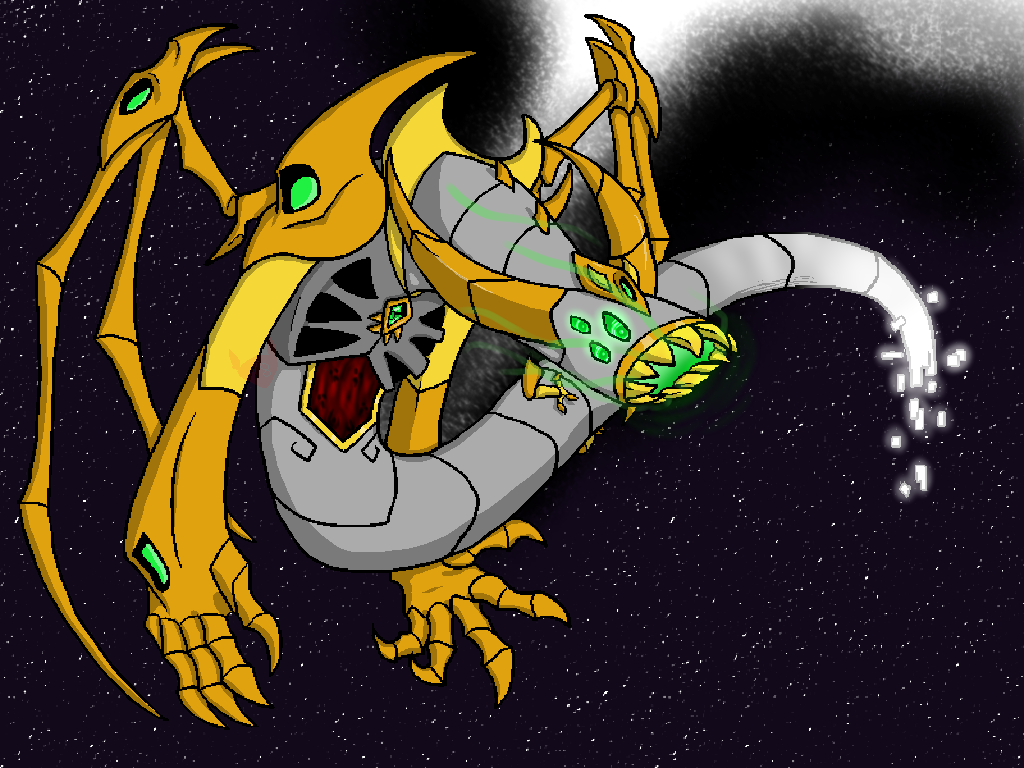 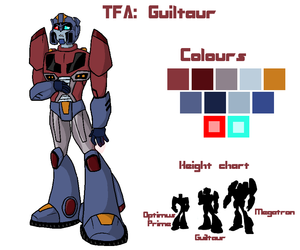 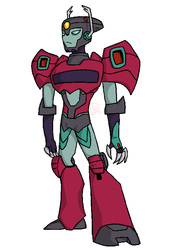 Something terrible this way stirs.
Sickly greens like a suffocating poison.
From the most decorated fellow to the lowest cur.
Affecting the universe with great noisome.
Unicron this way comes.

Okay so if my other TF:A works weren't clue enough Unicron is in this AU/timeline and is the sole reason Cyclonus's future got uber-fucked up.

Some things about this colossal shitwank...
• He is abusive towards his subjects and actively drugged and manipulated Galvatron, Cyclonus and Scourge hardcore when he created them outright ignoring the fact that revenge made them loyal "enough" to his cause.
• He is definitely not above manipulation and coercion to make his point heard and loyalty absolute.
AKA he absolutely tortured Galvatron, Cyclonus and Scourge if they even thought about betrayal.
• He has his G1 voice.
• This cosmic entity is potentially/most likely the same as his "brother" Primus and is actually a pure-energy deity-like being. However, Unicron refuses to give up physical form and continues to consume to fuel his gluttony and desire to rule and destroy, practically making his very form a manifestation of selfish desires and terror in itself.
• If you look at his "stomach" for too long you can swear you see the souls of the dead churning about in there......
• His insides are big enough to walk around in.
• He transforms into a planet.
• He's well aware people will be apprehensive of a giant talking planet or a cosmic lamprey monster and as such appears to his subjects in the form of... themselves! But he will always come to them as a green copy that appears to be constantly on fire almost ironically like an angel.
• Cyclonus once didn’t bother to kill some unarmed Autobots because he didn’t like that plus there’s no reason to bother fighting something that can’t fight back.
So Unicron broke his arms.
• Scourge once hunted and kept a zap-mouse as a pet.
When Unicron found out he shut off all of Scourge’s senses and took control of his body, once Scourge was “free/awake” he found out Unicron had made him eat his pet.
• Even before the AllSpark incident Galvatron had a few moments of unruly “don’t tell me what to do” stuff.
One time this happened Unicron took one vertebrae/section of his spinal strut and snapped it a full 180 degrees.
• He occasionally uses his “mental scream” thing for no other reason than to remind the trio they’re “his toys”.

Notes:
•His neck ruff and "pendant" is meant to be reminiscent of old fashioned vampires.
• He is heavily based off a Lamprey.
• His chest is obviously a rib cage.
• His stomach looks like red fire and there are indeed vague impressions of screaming faces.
• His horns and head-bit are meant to vaguely invoke a 'crown' like look.
• His tail is constantly "bubbling away" if you know what I mean and also is not affected by light.
• The transparent bit behind him is meant to be space that he's eaten away leaving only void.
• His legs are indeed that small because they have atrophied.