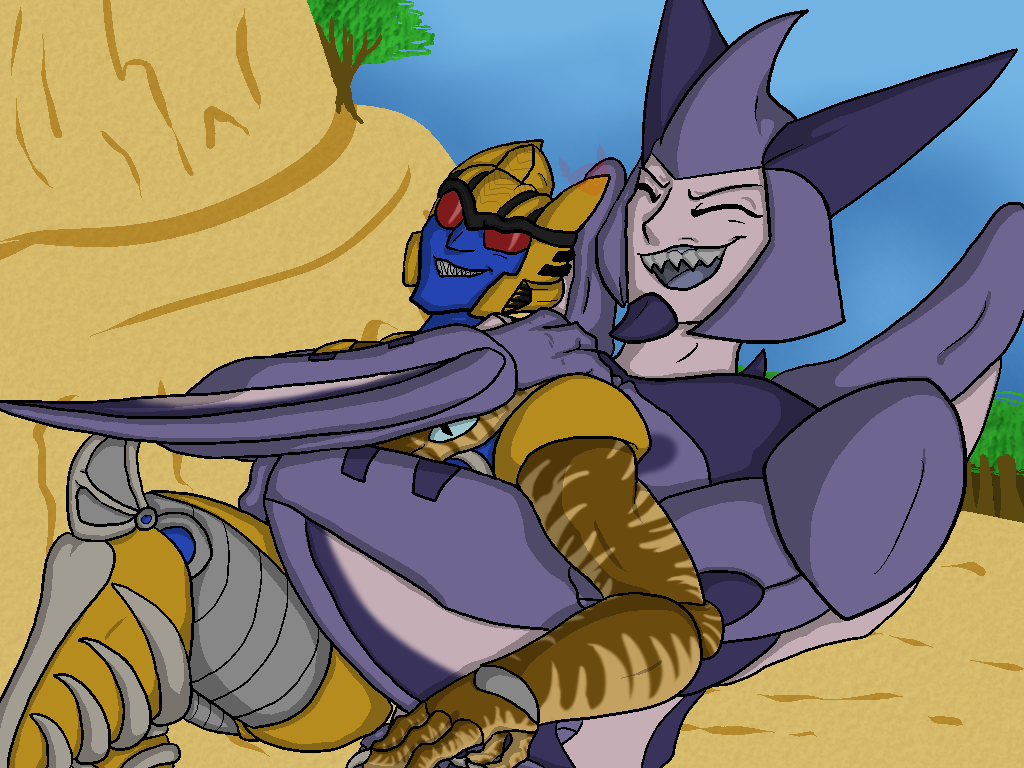 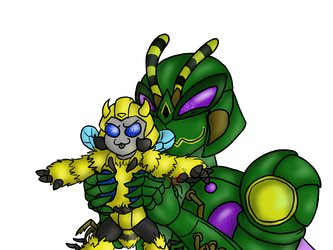 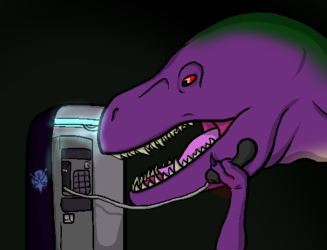 “This planet must be Purgatory! It has to be if I’m seeing your wretched visage!”
“My years of solitude must have made me crazy in order to hallucinate your ugly mug!”

To clarify; BW!Cyclonus knew Dinobot back on Cybertron, they both trained as Predacon warriors together and during training, they became good friends. However, for various reasons they were separated and hadn't seen each other for cycles.
Here Cyclonus, who had ended up on Earth as part of his mission to guard and protect a Predacon artefact, spots Dinobot and naturally has to greet his old friend.
It may have been cycles since they've seen each other but they got right back to shit talking each other...

Cyclonus visits the Maximal base several times just to hang with his old pal Dino' and maybe chase around Rattrap with him and chatter about Predacon honour and other warrior-ly things.
Though Dinobot had a little explaining to do to his friend as to why he'd partnered up with some Maximals of all things.