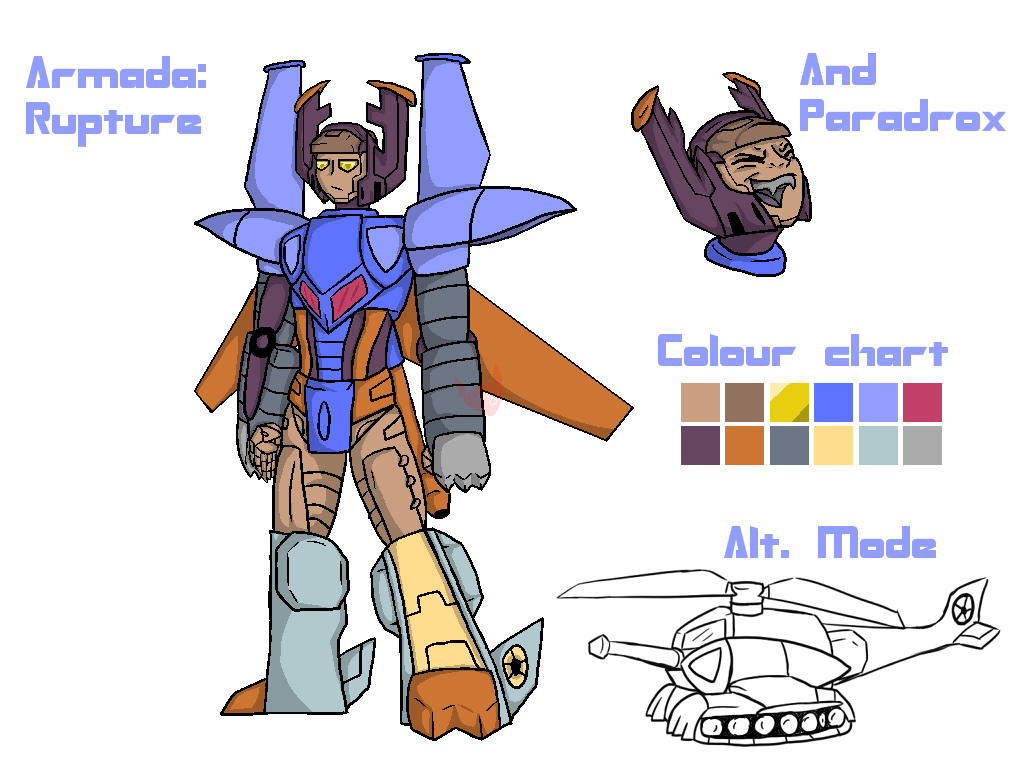 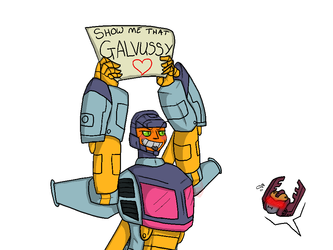 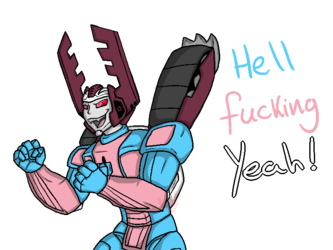 Story:
After becoming Galvatron things changed around the Decepticon ship as they completed their trip to Cybertron.
Galvatron was nicer than his 'old self' happier, fun-er, more engaged.
Out of nowhere, he blurted out laughing at some of Cyclonus's bad jokes. That was always a cue for the 'copter to carry on and he started telling jokes more. Was Galvatron's sense of humour that bad he's laughing at Cyclonus's jokes?

Either way, they seemed to engage in a whirlwind romance, not only did they start going fast and hard but both of them were strong and energetic so it was like that constantly, with both of them able to keep up with each other.

Even then it was still surprising that Galvatron announced these twins.

It was a very odd thing to deal with but things were starting to look up for the 'cons anyway so? No big deal?

But then all that mess with Unicron started. Except things went a biiit differently.
Thrust was the one who managed to prove Unicron existed, because he kidnapped the twins, hoping to pin the blame on the Autobots to cause more fighting and get Unicron to favour him more.
Except while this did reveal Unicron he bungled it and managed to let slip he had the bbs and in a manner that let all the bots and cons know it.

Thrust did not survive a dual assault from two angry parents charging after their bbs.

Then things happen largely like the finale leaving a sparkbroken Cyclonus a single parent, understanding it was necessary to kill the monster... but why'd it have to be you galvs...